Zelensky to consider petition to liquidate Ukraine’s most odious court 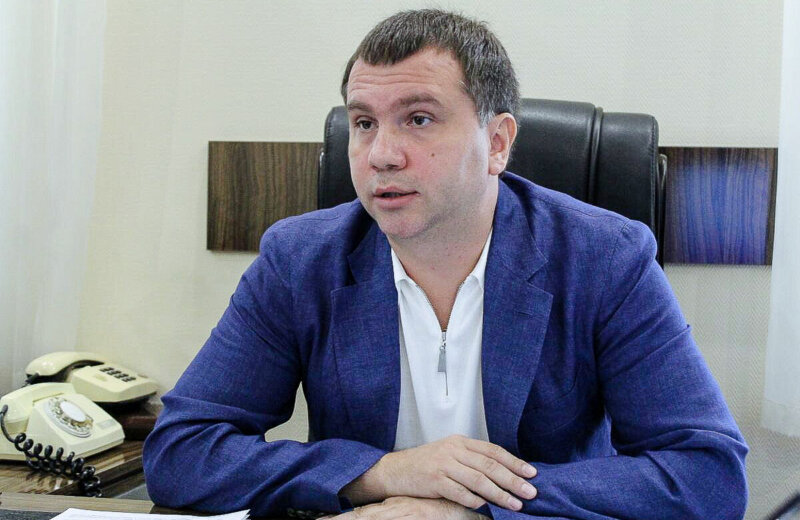 Kyiv Post (26.10.2020) – https://bit.ly/35HysYc – A petition to liquidate the odious Kyiv Administrative District Court, headed by controversial judge Pavlo Vovk, on Oct. 26 collected the necessary 25,000 signatures on the site of the President’s Office.

Now President Volodymyr Zelensky must consider the petition and respond to it. Previously Zelensky has resisted demands to liquidate the court, saying he had no right to interfere in the judiciary.

The court has issued some of the most controversial rulings in Ukraine and triggered indignation from civil society. Vovk and other judges of the court have been charged with obstruction of justice and corruption – accusations that they deny.

The case is seen by civil society as one of the most egregious cases of judicial corruption and impunity. Top officials, prosecutors and judges have done their best to help Vovk and other suspects escape responsibility and keep their jobs.

“We ask the president of Ukraine to submit a bill on the liquidation of the court to the Verkhovna Rada… due to its loss of trust – specifically, because of wiretapped conversations of the court’s leadership published by the National Anti-Corruption Bureau of Ukraine (NABU) in July 2019 and July 2020,” reads the petition, which was initiated by journalist Danylo Mokryk. “(The tapes) prove deeply rooted corruption and the issuance of unlawful rulings at the court.”

The President’s Office did not respond to a request for comment.

In August 2019, the Prosecutor General’s Office charged Pavlo Vovk and other judges of his court with obstructing the work of the High Qualification Commission of Judges, issuing unlawful rulings and unlawfully interfering in the work of other judges.

However, Kyiv’s Shevchenkivsky Court rejected a motion to extend the Vovk investigation and ordered prosecutors to either close the case against the judges or send it to trial within five days. The prosecutors did not send it to trial, and the case stalled indefinitely after that.

In July 2020, the NABU resurrected the case and charged Vovk and other judges of his court with organized crime, usurpation of power, bribery and unlawful interference with government officials.

In August judge Serhiy Vovk of the Pechersk Court, Pavlo Vovk’s namesake, ordered the case to be transferred from the NABU to another body. Anti-corruption activists interpreted this as an effort to kill the case since the State Investigation Bureau, Security Service of Ukraine and the police, which may get the case, are politically dependent and are likely to bury the case.

The NABU has summoned Vovk and other judges of his court for interrogations but they have repeatedly ignored the summonses. In August the NABU had to put them on a wanted list.

On Sept. 1, the High Council of Justice also unanimously refused to suspend Vovk and other judges implicated in his case.

The council’s members are also implicated in the Vovk case. In wiretapped conversations released by the NABU, Vovk mentioned the involvement of Andrii Ovsiienko, head of the High Council of Justice, and council members Oleh Prudyvus, Pavlo Grechkivsky, Viktor Hryshchuk and Mykola Khudyk in his alleged bargains with the council. They did not respond to requests for comment.

On Oct. 12, judge Serhiy Vovk of the Pechersk Court also ordered the Prosecutor General’s Office to cancel the charges for Pavlo Vovk because they had been allegedly brought in violation of procedure.

Serhiy Vovk is controversial because he was charged with issuing an unlawful ruling in a civil case in 2015 and was temporarily suspended. In 2012 he sentenced then opposition politician Yuriy Lutsenko to four years in jail in a graft case that has been recognized by European and Ukrainian authorities as politically motivated.

The High Anti-Corruption Court was scheduled to consider bail for Vovk and Ihor Pohribichenko, a judge at Vovk’s court, on Oct. 22. However, both judges failed to show up for the hearing, and it was postponed until Oct. 29.

These include the suspension of acting Health Minister Ulana Suprun and the reinstatement of ex-State Fiscal Service Chief Roman Nasirov, who was charged with corruption.

According to the judicial watchdog Public Integrity Council, some of the judges of the Kyiv District Administrative Court do not meet integrity standards, but the High Qualification Commission of Judges has failed to dismiss or punish them.