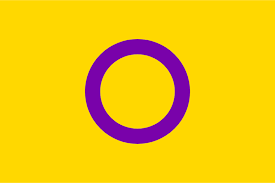 In a historic first, 34 States from all regions of the world called on the UN Human Rights Council to urgently protect intersex persons in their bodily autonomy and right to health, 8 NGOs said today.

ILGA World (01.10.2020) – https://bit.ly/3nthzZ4 – Intersex people are born with diverse sex characteristics (including genitals, gonads and chromosome patterns) that do not fit typical binary notions of male or female bodies. Up to 1.7% of the global population is born with such traits; yet, because their bodies are seen as different, intersex children and adults are often stigmatised.

“In many countries around the world,” Austria told the Human Rights Council today on behalf of 34 states, “intersex people are subjected to medically unnecessary surgeries, hormonal treatments and other procedures in an attempt to change their appearance to be in line with gendered societal expectations of male and female bodies without their full and informed consent.”

“This is an historic step forward for the global intersex community”, says Tony Briffa, Chair of the Intersex Committee at ILGA World and a Co-Executive Director of Intersex Human Rights Australia. “For the first time States have taken the lead, recognised the historic injustice that people with diverse sex characteristics are still facing every day, and are pushing their own governments and others to work with civil society to raise awareness.”

Civil society has indeed worked for years to make sure that intersex stories could be heard. Their voices highlighted how being denied their bodily autonomy has had a ripple effect on people’s health outcomes, education and employment opportunities, as well as their possibility to compete in sports – often without even being able to access remedies and justice.

Slowly, the world has begun to acknowledge these realities and lives. In 2019, the UN passed a resolution calling for an end to discrimination of women and girls in sports – including women born with variations of sex characteristics. This represented the first UN resolution on the rights of intersex persons. Earlier in 2020, then, a children’s hospital in Chicago became the first in the United States to publicly apologise for the harm it caused to intersex people, and announced it would stop medically unnecessary “normalising” surgeries. More and more voices have spoken up against regulations that keep excluding top female athletes from the Global South from international sport competitions.

Civil society has also spoken today at the UN Human Rights Council: 33 organisations welcomed the recent initiative by States, and encouraged them to “take further action in protecting intersex persons’ autonomy, rights to health, to physical and mental integrity, to live free from violence and harmful practices and to be free from torture and ill-treatment“.

“Our bodies were born whole, and only we should have had the right to decide what happened to them”, said Mauro Cabral Grinspan of GATE. “Violations against our bodies that only seek to make us fit the binary model of how women and men should look like are still the norm rather than the exception. We hope that today’s words at the United Nations will push States to finally take action and restore justice towards us”.

Read the statement delivered by the States here.

States who joined the statement: