WORLD: Forthcoming report on women’s rights and freedom of religion or belief

HRWF (08.03.2017) – This April, HRWF will release a new report analysing the relationship between women’s rights and the right to freedom of religion or belief, with a specific focus on the major Abrahamic religions and the influence of patriarchy. 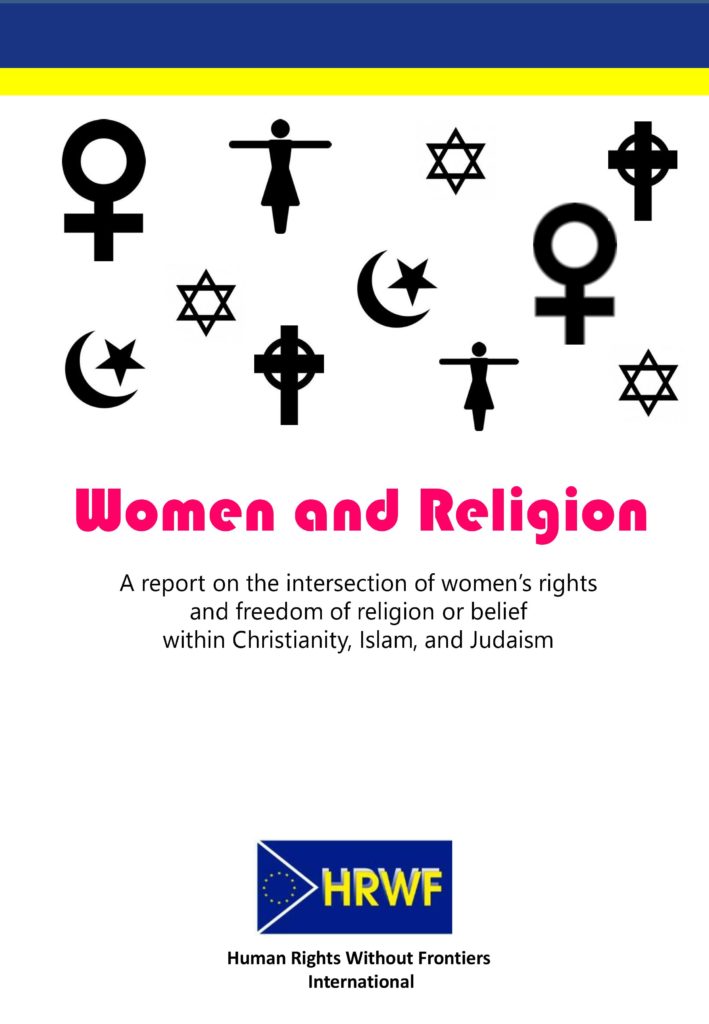 We frequently hear discussions surrounding the topics of women’s rights and freedom of religion or belief, and often the resounding conclusions remark that the two rights are fundamentally at odds with one another.

Such notions have required us to ask many questions about the intersectionality of women’s rights and religion, including: Is there really no place for religion in women’s rights? If feminism is about ending ‘sexism, sexist exploitation, and oppression’, does religion, and thus the right to freedom of religion and belief, really represent these things at its core? Finally, is there an alternative discourse and approach to take so that religion can better include women’s rights and vice versa?

The report explores the major Abrahamic religions – Christianity, Islam, and Judaism – looking at religious text, practice, and cultural influences, as well as the presence of patriarchal systems that sustain and perpetuate social norms that pose threats to women. In particular, we have investigated child and forced marriage, violence against women, denial of reproductive rights, denial of education, and female genital mutilation, among others. The aim of this report is to reveal the misconceptions about the intersection of the two rights and try to find a way forward, together.