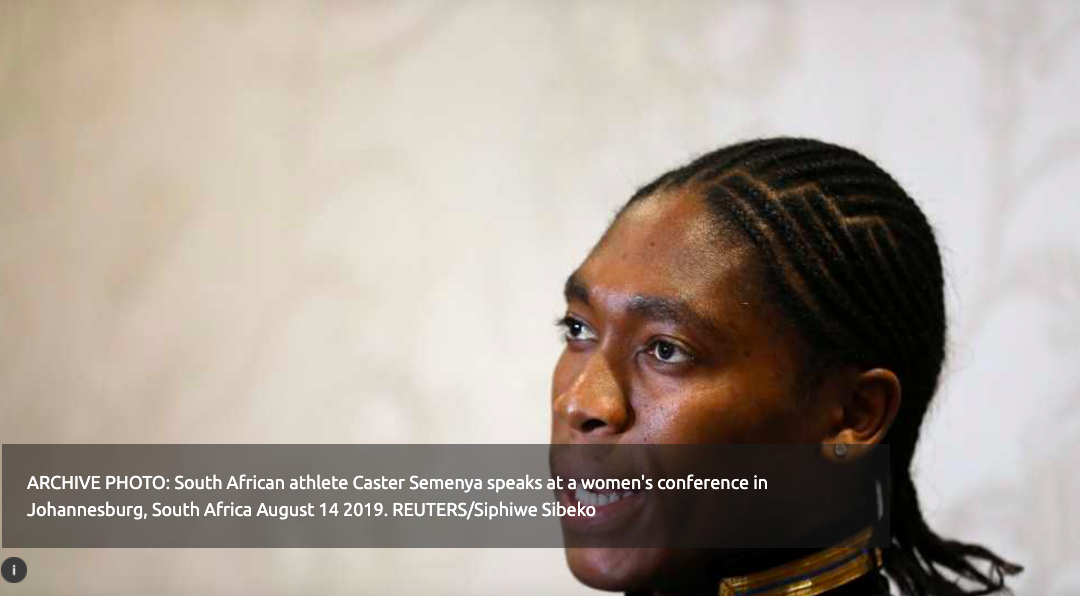 Caster Semenya plans to fight rules forcing intersex athletes to reduce their naturally high levels of testosterone with drugs or surgery to compete.

Reuters (17.11.2020) – https://bit.ly/2Hr0QFJ – South African double Olympic 800-metre champion Caster Semenya is to take her fight with World Athletics to the European Court of Human Rights, her lawyers confirmed on Tuesday.

Semenya is one of a number of female athletes with differences in sexual development (DSDs) competing in races ranging from 400 metres to a mile, who World Athletics insist must reduce their naturally high levels of testosterone in order to run.

This can be done either through the use of drugs or surgical interventions.

Semenya has vowed to fight the regulations, but has already lost an appeal to the Court of Arbitration for Sport, and another subsequent plea to the Swiss Federal Tribunal (SFT) asking for the CAS ruling to be set aside.

“We will be taking World Athletics to the European Court of Human Rights,” Semenya’s lawyer Greg Nott said in a media release on Tuesday, without placing a time-frame on their appeal.

“We remain hopeful that World Athletics will see the error it has made and reverse the prohibitive rules which restrict Ms Semenya from competing.”

World Athletics have consistently said the regulations are aimed at creating a level playing field for all athletes.

“World Athletics has always maintained that its regulations are lawful and legitimate, and that they represent a fair, necessary and proportionate means of ensuring the rights of all female athletes to participate on fair and equal terms,” the governing body said in a statement after the SFT case.

Athletics South Africa insist Semenya is still part of their team for the Tokyo Olympic Games next year, though over what distance remains to be seen.

She has also been competing in the 200-metre sprint, which falls outside of the World Athletics regulations.