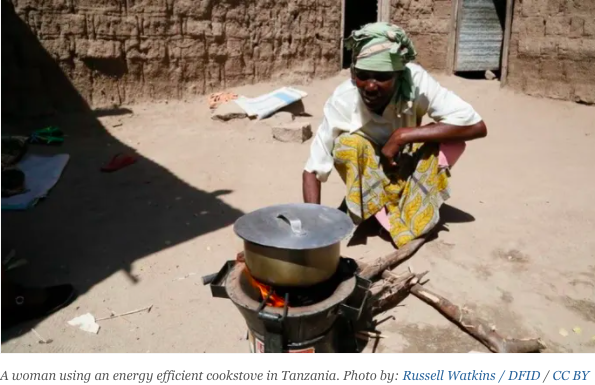 Devex (17.11.2020) – https://bit.ly/2J7if7l – Three years ago, 66-year-old Christine Chizimu woke up to find a dead snake in front of her house in Kihumulo village in northwestern Tanzania. Soon afterward, her brothers accused her of being a witch, causing her to believe it was all orchestrated by her family in a bid to run her out of the village and grab her land. But she said many people in the community were quick to believe these accusations because of her appearance.

Chizimu, whose name has been changed to protect her identity, has a full head of gray hair and bloodshot eyes. She said that at the time of the accusations, she could not see properly and would often stumble as she was walking or ask those she was speaking to to move closer so that she could recognize them.

“Many of the children in the village were already afraid of me, and they would say I am a witch and run away from me. When a family member came forward and accused me of witchcraft, many began to believe this as it was coming from within my family,” she said.

Though activists for the rights of older adults have largely succeeded in educating communities that symptoms — such as bloodshot eyes — are caused by smoke from cooking and not a sign that someone is a witch, emerging research has shown that the negative effects of smoke on the eyes may go beyond these traditional beliefs.

Household air pollution has been identified as a risk factor for cataracts, the number one cause of blindness in low- and middle-income countries. Experts have called for improved access to modern energy cooking services to counter this and meet the clean-cooking target under Sustainable Development Goal 7.

Although both witchcraft and accusing someone of practicing witchcraft are illegal in Tanzania, a Pew Research Center poll conducted in 2010 showed that more than 90% of Christians and Muslims, who make up nearly 97% of the population, believe in witchcraft.

Joseph Mbasha, program manager at HelpAge Tanzania, said that most of these issues arose from perceptions and little understanding. In some areas, women were considered to be witches if they had bloodshot eyes, despite the fact that they spend a lot of time cooking using firewood or cow dung, which affects the eyes.

In response, the NGO, along with other civil society organizations and the government, initiated national awareness and sensitization training sessions with community members in various groups. Between 2014 and 2018, HelpAge Tanzania trained over 160,000 people in its project catchment area in the Lake Zone regions of Shinyanga, Mwanza, Simiyu, and Geita.

“The situation has really calmed down. It has almost normalized. We are now receiving very few cases of witchcraft killings. For the last year overall countrywide, we had 11 cases that were reported. In the previous year, we had 29, and the year before was 56, so it is really lowering down,” Mbasha said.

When accusations were leveled against Chizimu, she approached Kwa Wazee, a local NGO that focuses on the rights of older adults. It assisted her in reporting the case to the community leader, who intervened on her behalf.

Last year, the organization also referred Chizimu to a mobile eye screening clinic, where she was found to have cataracts in both her eyes. She has since had cataract removal surgery on her left eye, with a recommendation to also have the procedure for her right eye.

According to Edimund Revelian, program officer at Kwa Wazee, many of the women that the organization has assisted with witchcraft accusations and other problems have also needed cataract removal surgery.

“Most of them had cataracts. And normally when they go to the hospital, they are advised not to stay in a place with a lot of smoke, as this can affect their eyesight,” he said.

A 2013 research paper found strong evidence to suggest that there is an association between solid household fuel use and cataracts in LMICs. Researchers concluded that “given the high burden associated with these conditions, the widespread use of solid fuels for cooking, and the plausibility of associations, appropriate investigations are needed.”

The cost of household air pollution

A report from the World Bank estimated that 4 billion people — around 50% of the world’s population — still lack access to clean, efficient, convenient, safe, reliable, and affordable cooking energy. In sub-Saharan Africa, the rate of access to modern energy cooking services, or MECS, stands at only 10%.

Writing to Devex, a spokesperson for the World Bank said that “women bear a disproportionate share of the negative health risks from household air pollution, as well as the time poverty associated with traditional household cooking, leading to opportunity costs,” because in most lower-income countries, women like Chizimu have the primary responsibility for household cooking and rely on polluting stoves and fuels.

Though it is difficult to determine the direct cost of the negative effects of household air pollution on the eyes, the bank’s report estimated that failure to meet the clean cooking target under SDG 7 would cost the world $2.4 trillion per year through the negative impacts for health, gender, and climate. The health impact alone was estimated to be $1.4 trillion per year.

To counter this, the World Bank spokesperson noted that there is a need to improve the overall cooking energy ecosystem by adopting several priority actions. These include creating high-profile coalitions to prioritize access to MECS in global and national arenas, ensuring that cooking energy is incorporated into national energy plans and development strategies, and dramatically scaling up financing.

“Progress toward universal access to MECS has been hindered by a lack of interventions and solutions that are fully responsive to the underlying needs of lower-income and rural households. In many countries, this situation is driven by a combination of higher up-front capital costs, low household awareness, and low availability of fuels, owing, in part, to underdeveloped infrastructure,” the spokesperson said.

In response to these challenges, SNV Tanzania has introduced an affordable solution to clean cooking. In 2013, the nonprofit development organization introduced affordable improved cooking stoves to the market through a project supported by the Energising Development program.

Hassan Bussiga, project manager at SNV Tanzania, said that through the project, training has been provided to over 100 people across 10 regions and 36 districts in Tanzania to produce improved cooking stoves known as matawi. Available in ceramic and metal versions, the stoves are dual fuel, able to use charcoal and firewood. Their prices range from roughly $2 to $12, depending on the size and material used, Bussiga said.

“They have been designed to ensure that they are using very little firewood and charcoal, and the rate of emission is also reduced significantly. … We also encourage users to use dry firewood, as it produces less emissions,” he added.

Though Chizimu has not been able to purchase a clean cooking solution, she said she too has started to use dry firewood for her cooking, as she was advised that it produces less smoke and will cause less damage to her eyes.