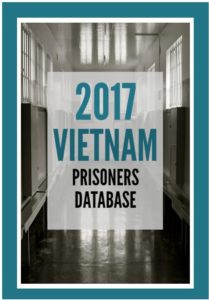 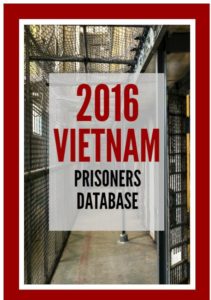 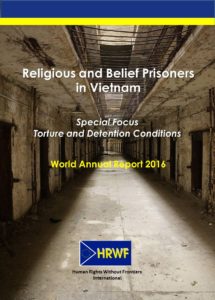 “Vietnam is one of the last remaining Communist countries in the world.[1] As such, while they allow only limited religious freedom, beliefs that involve large-scale proselytization or which might be seen as mobilising the masses are seen as a threat to the state ideology. This conflicted relationship with religion is exacerbated by the fact that over the nearly three decades of war, many Christianity professing ethnic groups fought against the North Vietnamese Communists and opposed their strict policy of atheism. As a result, after the wars were finished, many of these groups found themselves victims of repression. The Montagnards[2] and Hmong[3] have been the targets of much of this, but it has also affected the Buddhist community.[4] Campaigning for religious and democratic freedom is viewed as actions taken against the state in Vietnam and therefore considered a political crime.

The Vietnamese Constitution includes religious freedom; however, this freedom is extended only to registered religious groups. This stipulation allows for the continuing restriction of certain groups’ religious freedom through denial of their official registration. It should also be noted however that while certain groups are denied their registration, other, newer groups are sometimes allowed to practice under those same laws.”