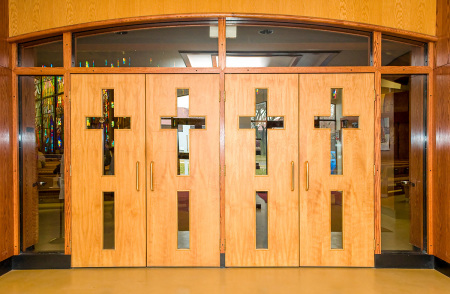 The Christian Post (04.07.2021) – https://bit.ly/2SNNbhP – The Presbyterian Church in America has voted to change a rule in its governing document that would disqualify all gay men from serving in its ministry.

The resolution to change the rule, “Overture 23,” was passed 1,400-400 at the denomination’s 48th annual convention in St. Louis, Missouri, last week.

“Officers in the Presbyterian Church in America must be above reproach in their walk and Christlike in their character. Those who profess an identity (such as, but not limited to, ‘gay Christian,’ ‘same-sex attracted Christian,’ ‘homosexual Christian,’ or like terms) that undermines or contradicts their identity as new creations in Christ, either by denying the sinfulness of fallen desires (such as, but not limited to, same-sex attraction), or by denying the reality and hope of progressive sanctification, or by failing to pursue Spirit-empowered victory over their sinful temptations, inclinations, and actions are not qualified for ordained office,” the amended rule states.

The amended rule will go to local church bodies for a vote before the second round of convention balloting next year following which the language would be placed in the PCA’s “Book of Church Order.”

The Washington Times quoted Chris Norris of the Calvary Presbytery as saying during the debate: “Sanctification begins with one’s identity as a new creation in Christ. … Taking a gay identity flies in the face of the new creation.”

The denomination also affirmed “Overture 37,” which refers to pastoral candidates.

“…Careful reflection must be given to his practical struggle against sinful actions, as well as to persistent sinful desires,” it states.

“The candidate must give clear testimony of reliance upon his union with Christ and the benefits thereof by the Holy Spirit, depending on this work of grace to make progress over sin. … While imperfection will remain, he should not be known by reputation or self-profession according to his remaining sinfulness (e.g., homosexual desires, etc.), but rather by the work of the Holy Spirit in Christ Jesus,” it adds.

During the annual convention, the PCA also endorsed Lifeline Children’s Services as its “preferred adoption and orphan care ministry” due to its “commitment to the sanctity of life” and not Bethany Christian Services, which recently announced it would be offering its services to LGBT couples.

The endorsement of Lifeline came three months after the Michigan-based group Bethany, which is the nation’s largest Protestant adoption and foster agency, announced it would begin placing children with adults who identify as LGBT.

In a statement to The Christian Post at the time, Nathan Bult, senior vice president of the historically evangelical organization, said that faith in Jesus is at the “core” of their mission,” but they were “not claiming a position on the various doctrinal issues about which Christians may disagree.”