Flanders Today (28.04.2017) – http://bit.ly/2oXhqi8 – Prime minister Charles Michel has told the federal parliament he “regrets” Belgium’s vote to admit a Saudi Arabian representative to the United Nations’ commission on women’s rights. Michel said he did not agree with the decision, approved by the Belgian ambassador to the UN. “If we had to do this over again, we would not be able to support this vote,” he said. 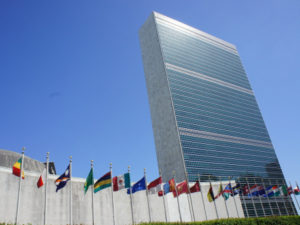 Federal foreign affairs minister Didier Reynders told members he would be submitting a proposal to prevent a repeat of such an error. In future, he said, weighty decisions like this should not be left to diplomats without the approval of the relevant minister.

Reynders had not been aware the vote was taking place, he said. The vote on the Saudi member was apparently called by the US, and a member of the staff of the Belgian representation to the UN in New York emailed the foreign ministry in Brussels for advice on how Belgium should vote. The question was answered by a member of the ministry staff here.

There may have been an error of judgement, Reynders said, but the correct procedure was followed. Saudi Arabia was the only candidate for an empty seat on the commission. A refusal could have had negative effects, including on Belgium’s bid to take a seat on the UN Security Council in 2019.