UNITED KINGDOM: Mother of three-year-old is first person convicted of FGM in UK

By Hannah Summers and Rebecca Ratcliffe

The Guardian (01.02.2019) – https://bit.ly/2SmcJQT – The mother of a three-year-old girl has become the first person to be found guilty of female genital mutilation (FGM) in the UK in a landmark case welcomed by campaigners.

The Ugandan woman, 37, and her Ghanaian partner, 43, both from Walthamstow, east London, were accused of cutting their daughter over the 2017 summer bank holiday.

While the parents were on bail, police searched the mother’s home and found evidence of witchcraft, including spells aimed at silencing professionals involved in the case. Police found spells written inside 40 frozen limes and two ox tongues with screws embedded in them with the apparent aim of keeping police, social workers and lawyers quiet. 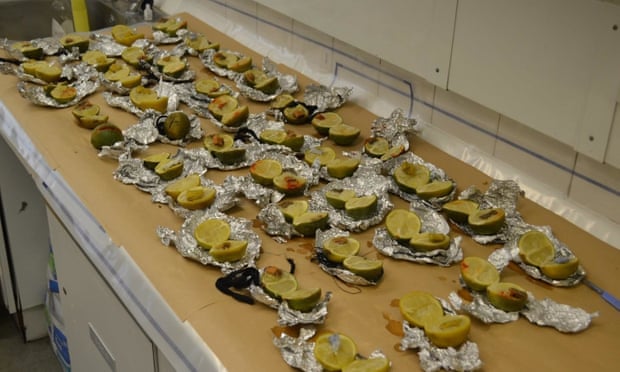 The defendants, who cannot be identified for legal reasons, denied FGM and an alternative charge of failing to protect a girl from risk of genital mutilation. The mother cried in the dock as she was found guilty of FGM after the Old Bailey jury deliberated for less than a day. Her partner was cleared of all charges.

FGM was made illegal in the UK more than three decades ago but prosecutors have struggled to secure a conviction.

Lynette Woodrow, of the Crown Prosecution Service, said: “We can only imagine how much pain this vulnerable young girl suffered and how terrified she was. A three-year-old has no power to resist or fight back.

“Her mother then coached her to lie to the police so she wouldn’t get caught but this ultimately failed. We will not hesitate to prosecute those who commit this sickening offence.”

The National Police Chiefs’ Council (NPCC) lead for FGM, Commander Ivan Balhatchet, said: “We have always been clear that prosecutions alone will not stop this abuse, however this guilty verdict sends a strong message that police will make every effort possible to pursue those committing this heinous crime.”

Campaigners said they hoped the conviction would encourage other victims to report the crime.

Aneeta Prem, the founder of Freedom Charity, said: “It will give victims the confidence to come forward … It will give police forces, social services, teachers, frontline midwives the expectation that something can finally succeed.”

There have been three other trials involving FGM – two in London and one in Bristol – all of which ended in acquittals. The crime carries a maximum prison sentence of 14 years.

The judge, Philippa Whipple, warned of a “lengthy” jail term as she remanded the woman in custody to be sentenced on 8 March. She told her: “You have been found guilty of a serious offence against your daughter.”

The two defendants were jointly accused of subjecting the girl to FGM by “deliberate cutting with a sharp instrument” at her mother’s home in the presence of her father. Medics raised the alarm when the girl was taken to Whipps Cross hospital in north London with severe bleeding and a surgeon concluded the child had been cut with a scalpel.

The defendants claimed their daughter had been reaching for a biscuit when she fell and cut herself on the edge of a kitchen cupboard. Medical experts confirmed the cause of her injuries were consistent with cutting rather than a fall.

The victim later told specially trained officers during a series of video interviews played to the court that she had been cut by a “witch”.

Leethen Bartholomew, the head of the National FGM Centre, said he hoped grassroots campaign groups would be given more support to train professionals.

“We know that FGM happens here in the UK and we didn’t need a conviction to prove that,” he said. “There is still a lack of services for survivors of FGM,” he said, adding that the victim in the case must be given continual support.

Charlotte Proudman, a leading barrister who specialises in FGM, told the Guardian: “The conviction is hugely significant, securing justice for the girl but also in sending a strong message that this crime will not be tolerated.”

She questioned if health workers were fulfilling their mandatory reporting duties, and highlighted a legal loophole that meant professionals only had to report cases in which children had already undergone FGM, rather than those also deemed to be at risk.

Leyla Hussein, a social activist and survivor of FGM, said she had mixed emotions about the conviction.

“We are sending out a strong message that children now come first,” she said. “However, the sad thing is we could have helped that mother. That could have easily been me because 17 years ago I did not understand that FGM was wrong.”

Hussein, who was born in Somalia and later emigrated to the UK, said it was not until she was 21 and her own daughter was two months old that a practice nurse raised the issue of her FGM.

“It’s positive this girl got justice but as an FGM survivor I can’t help thinking the system failed her. Her mother has committed a crime and we need to be honest about that. But she could have been informed about FGM through her GP or midwife.”

There are an estimated 137,000 women and girls living with FGM in England and Wales according to City University. The Home Office has identified women from countries including Somalia, Kenya, Ethiopia and Nigeria as most at risk.

There have been 298 FGM protection orders issued since they were first introduced in 2015 to safeguard those at risk.