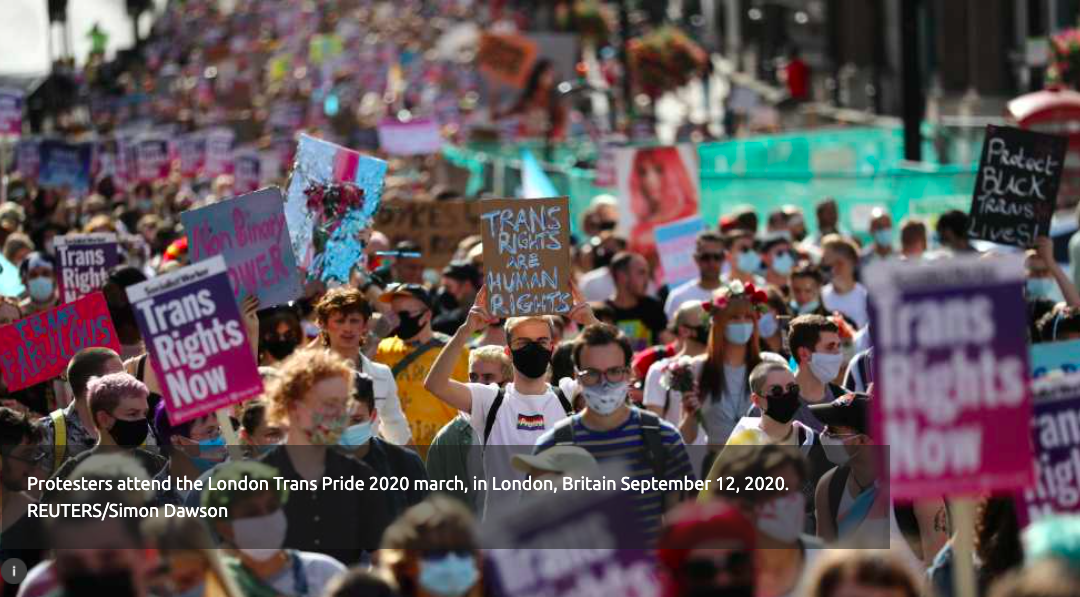 Trans man Freddy McConnell’s bid to be named the father rather than the mother on his child’s birth certificate was rejected by Britain’s Supreme Court.

Thomson Reuters Foundation (16.11.2020) – https://bit.ly/3nuPuQv – A British transgender man’s bid to be named the father rather than the mother on his child’s birth certificate has been rejected by the country’s highest court, in a case that has highlighted evolving conceptions of gender.

Freddy McConnell transitioned aged 22 and official documents, such as his passport and health records, have been changed to show his sex as male.

Britain’s Supreme Court declined to hear an appeal against a ruling by a lower court that said existing law balanced trans rights with the view “that every child should have a mother and should be able to discover who their mother was”.

The challenge did not “raise an arguable point of law”, it said on its website on Monday.

McConnell and his lawyers did not reply to requests for comment.

His journey to parenthood was shown in a documentary, “Seahorse”, and he is currently sharing his efforts to become pregnant again via IVF on Instagram.

“This could’ve been a really pivotal moment for trans parents such as Freddy,” said Cara English of trans advocacy group Gendered Intelligence.

“We hope that in the near future the loophole that forces men such as Freddy to be incorrectly referred to as “mothers” can be legally righted.”

In April McConnell told the Thomson Reuters Foundation he had accepted his legal fight would be “a long road” and that appealing to the European Court of Human Rights was a possibility.