UKRAINE: Will the Ukrainian Orthodox Church linked to Moscow suffer from a haemorrhage of its parishes? 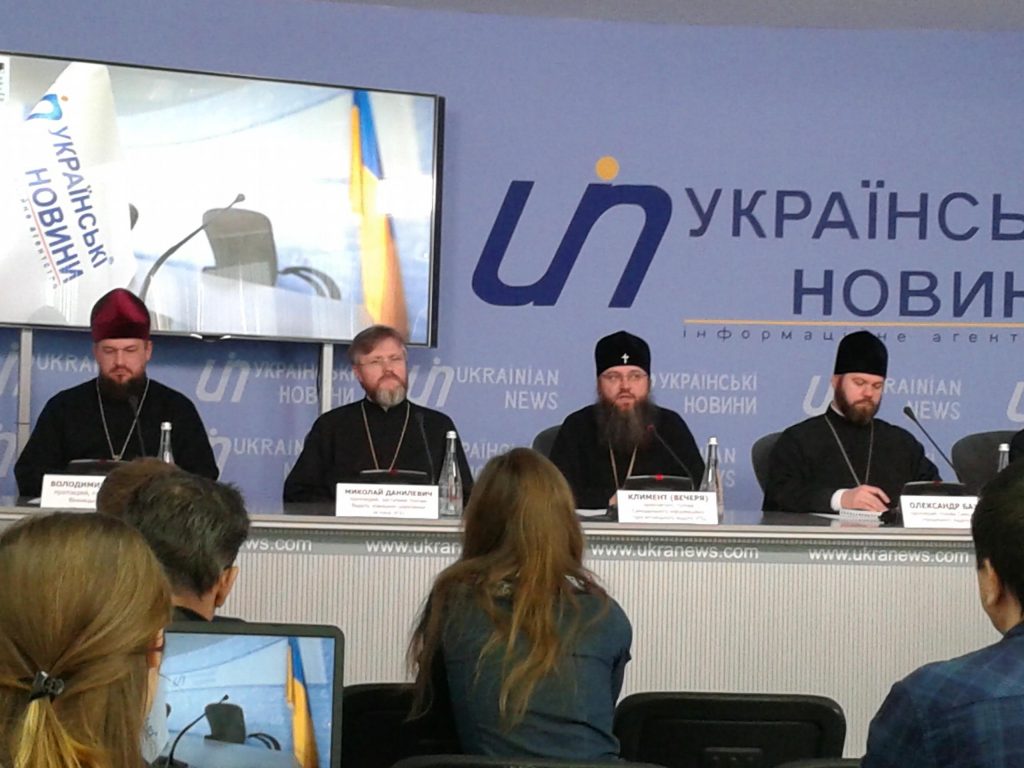 HRWF/ EU Political Record (10.03.2019) – https://bit.ly/2u259Ny – Statistics about the change of jurisdiction by parishes of Metropolitan Onufry-led Ukrainian Orthodox Church in communion with the Patriarchate of the Russian Orthodox Church (UOC) to the newly created Orthodox Church of Ukraine, led by Metropolitan Epifaniy in communion with Constantinople (OCU) are clashing but do not show a haemorrhage. According to various sources, which are not always unbiased, there might have been 300 or 150 or 88 as of the end of February.

According to the Ukrainian Orthodox legislation, the general assembly of each parish is entitled to decide the status of the community but in many villages, there are no official registrars of members. In some parishes which changed their spiritual jurisdiction, the membership of the assembly is questioned. Some argue that it comprises actual members of the local church and not all the inhabitants of the village, even if they have been baptized in the Orthodox Church, while others contend the opposite.

On 21 February, HRWF interviewed Bishop Kotsaba in the Kyiv Monastery of the Caves and asked him how many parishes of his Church (UOC) had left. At that time, the UOC in communion with Moscow had registered 88 transfers of jurisdiction, he said, but he stressed that biased sources were publishing exaggerated statistics to reinforce the idea that the communion with Constantinople corresponded to a necessity and popular expectations.

Statistics of the UOC in communion with Moscow Patriarchate 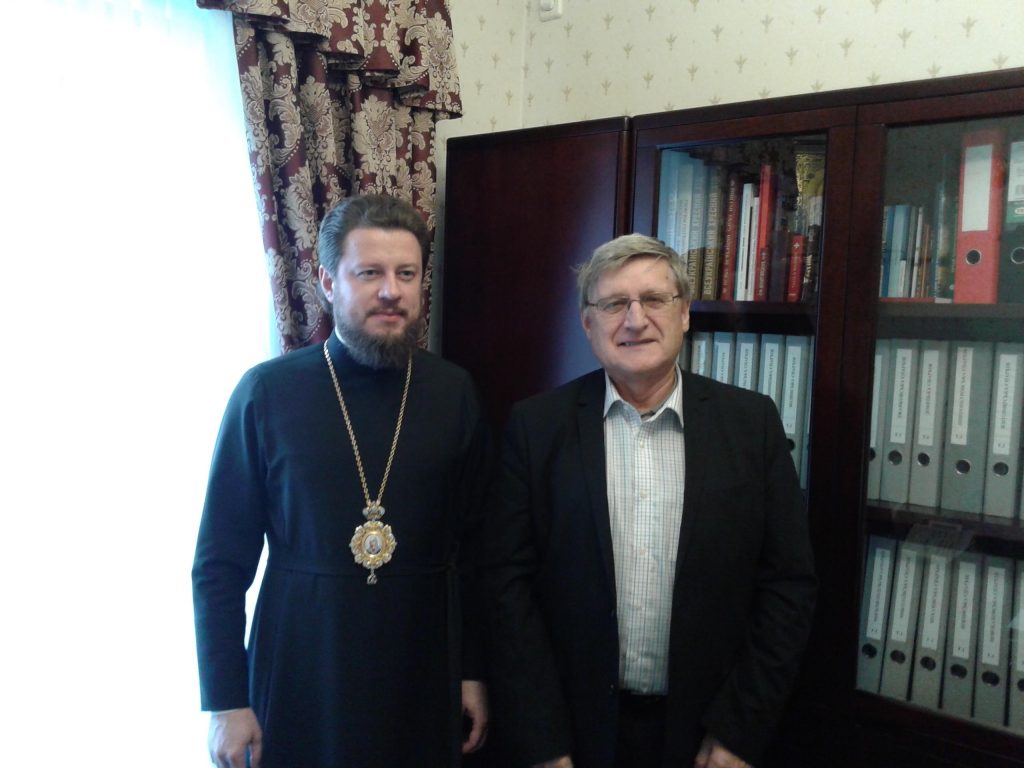 According to Bishop Kotsaba, 36 parishes of the UOC had officially and freely chosen to join the Epifaniy-led Orthodox Church in communion with Constantinople, 23 with their priest and 13 without.

In 23 cases, the transfer of jurisdiction had been operated by force, he said, usually by groups of people coming from other villages and there are attempts at state interference.

In 29 other cases, the transfers were illegally operated, he argued, by votes of people who were not representing the local community. The decisions are contested and in a number of cases complains have been lodged.

The objective was to denounce forcible transfers of parishes to the new Orthodox Church of Ukraine and videos available on internet showing acts of violence were used as evidence.

Statistics of the Department of Religious Affairs

On 21 February, HRWF interviewed Andrei Yurash, Head of the Department on Religious Affairs and Nationalities at Ukraine’s Ministry of Culture. According to him, local state administrations have received protocols of 365 parish meetings announcing their decision to join the Epifaniy-led Orthodox Church but in the meantime, the state has decided to simplify the registration process of parishes, which had been a long-standing request of religious organizations. Consequently, the registration of the defecting parishes has been suspended for a few weeks for technical and administrative reasons but it should resume by the end of March. Andrei Yurash expects that when the administrative staff is properly trained the process of transfer of jurisdiction will restart unabated. 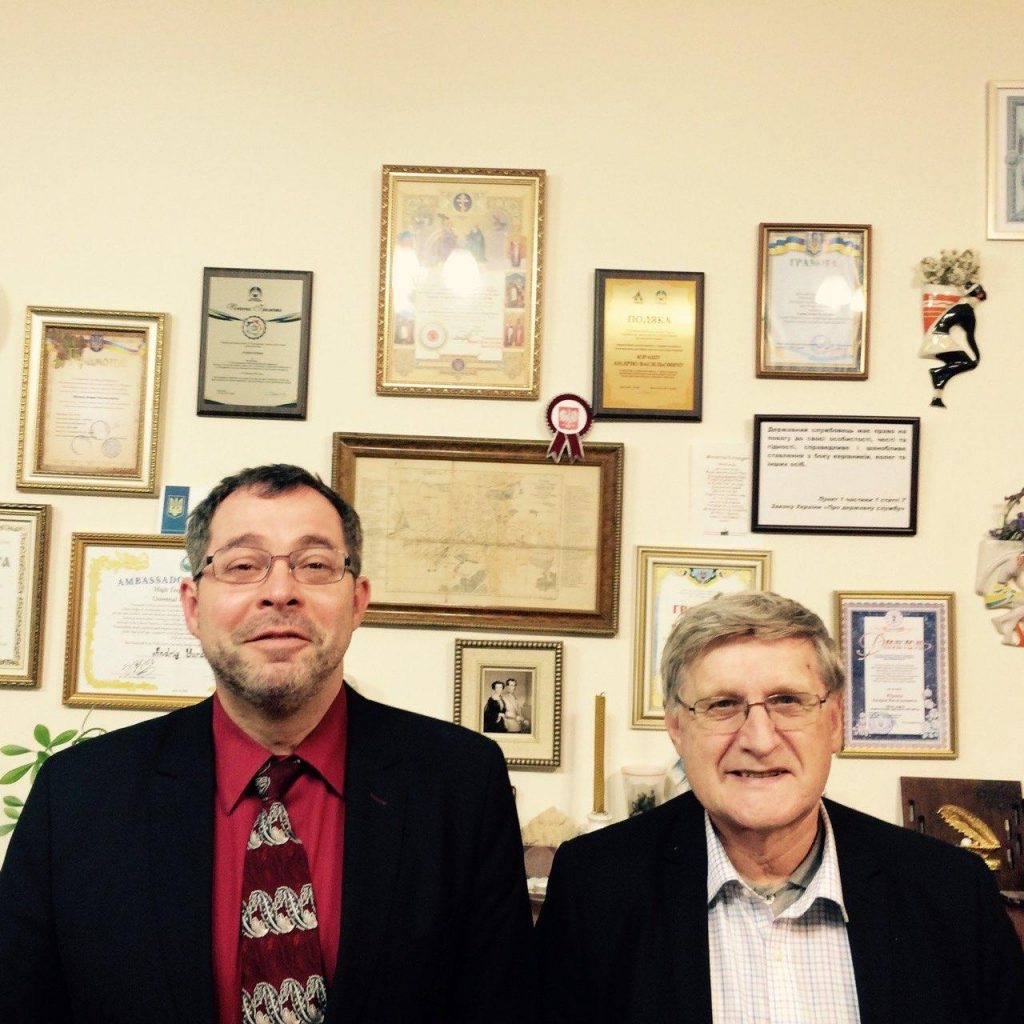 Meeting with Andrei Yurash, Head of the Department on Religious Affairs and Nationalities at Ukraine’s Ministry of Culture (HRWF Picture)

Recent timeline of the divorce

On 11 October 2018, the Ecumenical Patriarchate of Constantinople announced he had decided to grant autocephaly to the Ukrainian Orthodox Church (Kyiv Patriarchate) which deemed itself to be the successor of the historical Orthodox Church, created in the aftermath of the conversion and baptism of Prince Vladimir of Kiev in 988, at a time when Moscow did not even exist.

On 14 October, Ukraine’s President Poroshenko declared on television that the autocephaly of Ukrainian Orthodoxy is a question of national security. The date of his public announcement was a symbolic one as it is both a religious day (Intercession of the Mother of God) and an official holiday honoring Ukrainian armed forces.

In the meantime, the Synod of the Ecumenical Patriarchate had invalidated its own decree transferring the jurisdiction of the Kyiv Metropolis from Constantinople to Moscow in 1686.

On 6 January 2019, in Istanbul, Ecumenical Patriarch Bartholomew handed the official decree of autocephaly (independence from the Moscow Patriarchate of the Russian Orthodox Church) to the head of the new Orthodox Church of Ukraine (OCU), Metropolitan Epifaniy (Dumenko).

Although fears of violence were widespread, the process appears to be rather peaceful, albeit not everywhere, in particular in Western Ukraine under the impetus of nationalist movements, including from the extreme-right like Right Sector, and more recently in Odessa oblast and Vinnitsa oblast, the birthplace of President Poroshenko.

At this stage, whatever the statistics, the defections from the communion with Moscow Patriarchate have a limited extent as the UOC counts approximately 12,000 parishes.