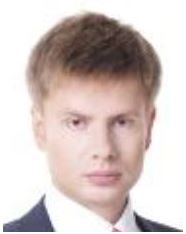 HRWF held an interview with Oleksii Goncharenko in August in Odessa. Topics discussed included his opinion on:

HRWF: Mr Goncharenko, you were the chairman of the Odessa oblast administration council. You are now a member of the Ukrainian Parliament and of the Parliamentary Assembly of the Council of Europe. What sort of reforms do you prioritize in your political agenda?

Goncharenko: One of my priorities is to fight against corruption; a necessity for the current and future development of the country, as well as for gaining financial aid from the European Union and international institutions. A whole range of laws have already been adopted by our parliament to achieve this objective and a number of institutions are involved in this fight at the national level, such as: the SBU, the Police, and the NABU. Though, measures can also be taken at the local level and it is quite often easier to be more effective here than at the national level where MPs enjoy parliamentary immunity.

Let me tell you an anecdote that will explain some of my political choices. Some years ago, I went to Texas for an exchange program and I found that quite a number of leading figures in that state are elected: the judges of first instance courts, the mayor, the police chief, even the public library head, the director of the control department of the coal mines, and so on. Due to these elections the corruption started to dramatically decrease in that state, which in the past was known to be very corrupt. Why such success? Because the local civil society could check the honesty, the dedication, the efficiency and the achievements of these public figures more easily than at the national level and decide whether to support them or not through a regular election process. I am in favor of this sort of direct democracy in Ukraine, it could sanction or reward representatives and those in charge of the daily well-being on the local level.  It would be a concrete measure against inefficiency and corruption. Elections for positions similar to the ones in Texas, or other US states, and freedom of investigation for the local media is key to stable and sustainable development. This should be introduced in Ukraine.

Tax decentralization is another tool to fight against corruption.

Goncharenko: I am in favor of the decentralization of a number of national powers, including the tax decentralization that has been put in place. In the case of Odessa, this has generated a supplementary income of 1.2 billion Hry (about 50 million EUR) and has therefore provided more possibilities of investment in public infrastructures. This has contributed to a substantial decrease in corruption in Odessa for local deputies and counselors can be easily scrutinized via the election process; being either sanctioned or rewarded for their success with an elected position.

HRWF: Could decentralization of national powers go so far as federalism, a controversial issue in Ukraine?

Goncharenko: No, not so far. Looking westwards again, I would take the EU model of subsidiarity to draw the line between decentralization and federalization. What can be best done at the national level, such as security or foreign policy, must remain in the hands of the legislative and executive powers in Kyiv but what can be done more efficiently at the local level must be removed from the national level. More taxation power transfers to local entities would be welcome.

HRWF: In an effort to fight corruption, one strategy has been to sort-of purge the police force. Opinions are divided about the success of this operation. What is yours?

Goncharenko: The traffic police had a bad reputation of bribing drivers. The reshuffling of the personnel was based on the competences of the candidates – whether new or in place – and not on other dubious criteria. The police forces are now better paid, which should discourage the bribing temptation. However the newcomers have lacked sufficient training because the reform was implemented in a hurry as an emergency. Before, surveys showed that only 5-6% of the local population trusted the police. Now, the percentage of satisfaction is about 50%.

However, investigative police remain a problem. Experienced officials have left or were dismissed and the younger ones are less efficient. Their salaries are now lower than that of traffic police, which makes them unhappy. A number of adjustments are urgently needed.

HRWF: On 2nd May 2014 more than 40 people died in a clash between pro-unity and pro-federalism demonstrators in Odessa. Two years later, nobody has yet been indicted. Why?

Goncharenko:  On that tragic day I was in the centre of the city where the first pro-unity demonstrators were killed by pro-federalism protesters in the afternoon. I was also at the Trade Union building in the evening when around 40 pro-federalism activists died in a huge fire. I was the first to go inside and try to save people. I was also at the so-called Jewish hospital where the victims had been transported. Though, I had to wait until a few weeks ago to be heard for the first time by the police. However, the questioning was very thorough and very detailed – to my surprise. The interrogator was well informed about the sequence of events and his questions were rightly targeted.

HRWF: Isn’t it too late to identify and prosecute those that are responsible for the tragedy? We know some decision makers and puppeteers have long since fled Ukraine to a neighboring country.  Considering the Ukrainian justice system, others that currently remain will be able to easily flee by the time their arrest is sanctioned – if that ever comes to pass. Impunity is not acceptable for the population.

Goncharenko: WWII criminals have been arrested and tried even decades after the war. Those that have been, and subsequently will be formally identified as suspects, must be prosecuted; whoever they are and whatever the delay. One must also remember that Ukraine has adopted a law providing for trial “in absentia”, which will be a useful tool. European and international warrants are other tools that will be used as well. It will be interesting to see who will be the first absent defendant and for what offences”.

HRWF: Last year a gay pride in Odessa was forbidden by a court decision for security reasons. Another one is planned to take place in a few days[i]. Right Sector nationalists and all local Churches are opposed to it. Representatives of the Orthodox Church of Moscow Patriarchate, Kyiv Patriarchate – two groups who are usually at loggerheads with one another – the Seventh Day Adventist Church, the Greek Catholic Church and the Church of Evangelical Christians held a joint press conference and sent a joint appeal to the mayor and the governor to prevent the march.

Goncharenko: Ordinary people are not really interested in those issues. They are neither for or against. It is mainly a battlefield for Churches and international media. In Kyiv, the gay pride event could take place this year – this is progress.

HRWF: Do you support other projects to bring Odessa closer to the EU?

HRWF: What is your position on the conflict in Eastern Ukraine and the annexation of Crimea by Putin?

Goncharenko:  The war in Eastern Ukraine, with the support of Russia, is becoming a frozen conflict as in Nagorno-Karabakh, Transnistria and South Ossetia. Minsk is not a solution. There must be a controlled disarmament on both sides under international supervision, but Moscow does not want this.

Concerning Crimea, you must know that I am a member of the Committee of the interfactional group on Crimea at the Ukrainian Parliament. Putin will not allow Crimea to return to Ukraine and neither will his successor because it would be political suicide. It will only happen with the collapse of the Russian Federation, and that will happen sooner than one might think.

[i] More than 50 local community members and activists showed up for the first-ever LGBTQ Pride march in Odessa on 14 August. The process to authorize such an event, however, was not easy. The day before the event, local authorities in Odessa banned the event on the grounds that there was a high probability of conflict; far-right activists were also scheduled to gather at the same time and place. Organizers of the Pride march told NBC OUT that this is a popular tactic used to cancel public events in the city. However, the 2nd May 2014 tragedy does also partly explain the official decision. Authorities had prohibited all outdoor events in Odessa during the period that the Pride march was supposed to take place; and as a result, a number of hotels, including the popular Reikartz Hotel Group, refused to provide space for LGBTQ events.

However, organizers eventually managed to convince authorities to allow the Pride march, and the police agreed to protect the safety of those who participated. As a result, an area near the historic Potemkin Stairs was cordoned off by a few hundred police officers and special forces.