UKRAINE: How to get in and out of Donbass? 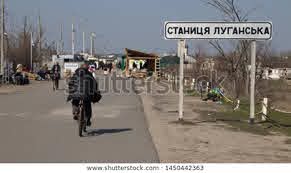 HRWF (01.12.2020) – On 20 November 2020, HRWF organised a webinar with panellists from several Ukrainian civil society organisations about the humanitarian situation in the non-government controlled areas of Donetsk and Luhansk in Ukraine. Elina Shyshkina from the Right to Protection in partnership with HIAS spoke about freedom of movement and the crossing of the line of contact in Donbass during the COVID-19 pandemic. You can watch the full recording of this webinar here: https://www.youtube.com/watch?v=NU-K945o2LE).

The following is the paper used during her oral presentation:

Generally, movement across the line of contact is facilitated on a regular basis by five Entrance-Exit CheckPoints (EECPs): four in Donetsk region and one in Luhansk region.

The consequences of closing the EECPs included:

From April to May 2020, only 297 people crossed the line of contact through the EECPs.

On 10 June 2020, the EECPs were reopened, but only two of them were operational.

From June to October, 231,542 people crossed the line of contact through the two functioning EECPs.

On 15 October 2020, the EECP in Luhansk region – Stanytsia Luhanska – closed again due to quarantine restrictions.

Although two new EECPs in Luhansk region – Zolote and Shchastya – were opened from the GCA side on 10 November 2020, they remain closed from the NGCA side. Therefore, there is still no movement through those EECPs.

Another issue that people crossing the line of contact from NGCA to GCA face is the obligation to install the “Act at home” app, which indicates their location for self-isolation. This obligation is imposed by the authorities due to quarantine restrictions. If travellers do not install this app, they must undergo a 14-day observation in locations provided by local authorities on GCA or return to NGCA.

This policy creates additional problems for individuals such as:

According to Ukrainian legislation, travel to and from NGCA must occur exclusively through the EECPs. It is forbidden to cross the line of contact outside of these designated checkpoints. In February 2018, the Code of Ukraine on Administrative Offenses was supplemented by Article 204-2, which established an administrative penalty for violating this procedure. Since then, people who enter or exit the NGCA outside the EECPs could be fined varying amounts of money.

Violations of this procedure have been recorded throughout Ukraine because people leaving uncontrolled territory use different routes, and may return to the territory controlled by the Government of Ukraine using any border region of Ukraine.

With the aforementioned quarantine restrictions, the number of administrative offenses under Art. 204-2 began to increase. This is due to the following reasons:

There were 584 such cases in 2019, and 611 in 9 months of 2020 throughout the Donetsk and Luhansk regions. However, 6,432 administrative proceedings related to the violation of the protocols for entry / exit of the NGCA were issued throughout Ukraine for ten months of 2020. A few comparisons follow:

Fortunately, the majority of cases under Article 204-2 of the Code of Administrative Offenses ended in favour of the individuals for the following reasons:

People living in NGCA have become hostages of the situation and quarantine measures as their opportunities to leave NGCA and go to GCA are much more restricted than they were before March 2020. In addition, the increasing number of cases under Art. 204-2 of the Code of administrative offenses further inhibits the freedom of movement of NGCA residents despite the fact that they are citizens of Ukraine.

[1] According to the official answer on the request of CF “Right to protection” to the State Border Service for public information as of November 18, 2020.

Pictures: Checkpoint of Stanitsa Luhanska, the only one open on the Donbass side (Credit: Shuttertock.com)