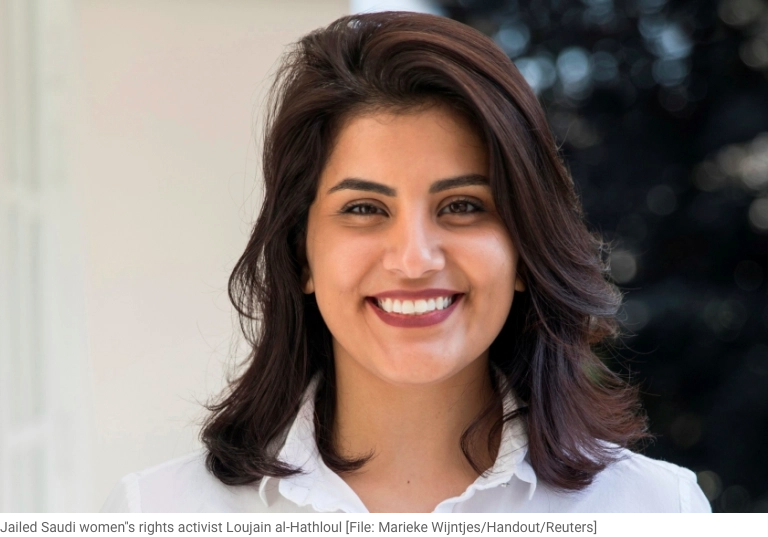 Al Jazeera (12.11.2020) – https://bit.ly/3f8jaQx – A report released by a member of the United Kingdom’s House of Lords has called on the world’s leading economies to shun the G20 summit hosted by Saudi Arabia this year unless jailed women’s rights activists are released.

“I want all of us to call upon those who will be participating in the G20 meeting to say we will only participate in this meeting being hosted by the crown prince of Saudi Arabia if you release these women,” Baroness Helena Kennedy, a prominent Scottish barrister, said in a video statement released on Wednesday.

“These women are being detained because they are advocating for women’s rights and it is seen as an affront to the power structures of Saudi Arabia,” Kennedy added.

The United States, India and the UK are among countries that will attend this year’s G20 summit starting on November 21, hosted by Saudi Crown Prince Mohammed bin Salman, set to take place virtually amid the coronavirus pandemic.

One of the themes of the G20 summit is women’s empowerment.

According to Kennedy’s report, the charges laid out against the jailed women include “inviting and inciting people to change the political system in the kingdom; initiating a campaign on Twitter to request a new constitution and speaking to British journalists for a documentary about imprisonment in the kingdom”.

“None of these would amount to crimes in any decent nation, and that is the problem,” Kennedy said. “This is an unacceptable abuse of human beings.”

Kennedy said among these women are academics, intellectuals, writers and journalists who were “leading voices” on women’s issues.

One of them is Loujain al-Hathloul, 31, who was arrested along with about a dozen other female activists in May 2018, just weeks before Saudi Arabia lifted its ban on female drivers.

In a recent interview, the Saudi ambassador to the UK was quoted as saying in an interview with The Guardian newspaper that the kingdom was considering clemency for the jailed women’s rights activists.

However, Saudi Arabia’s embassy in London later denied the report.

On Monday, New York-based rights group Human Rights Watch also called on the G20 leading economies to press Saudi Arabia to release all those imprisoned unlawfully and provide accountability for past abuses.

The group said the G20 awarded Riyadh this year’s presidency “despite the Saudi government’s unrelenting assault on fundamental freedoms, including jailing and harassing public dissidents and human rights activists, unlawful attacks on civilians in Yemen, and flouting international calls for accountability for the murder by state agents of the Saudi journalist Jamal Khashoggi”.

Since Saudi agents murdered Khashoggi at the kingdom’s consulate in Istanbul in October 2018, there has been no accountability for senior officials involved in his murder.

Instead, Saudi Arabia has spent billions of dollars hosting entertainment, cultural and sporting events as a deliberate strategy known as “image laundering” to conceal its human rights abuses, HRW said.