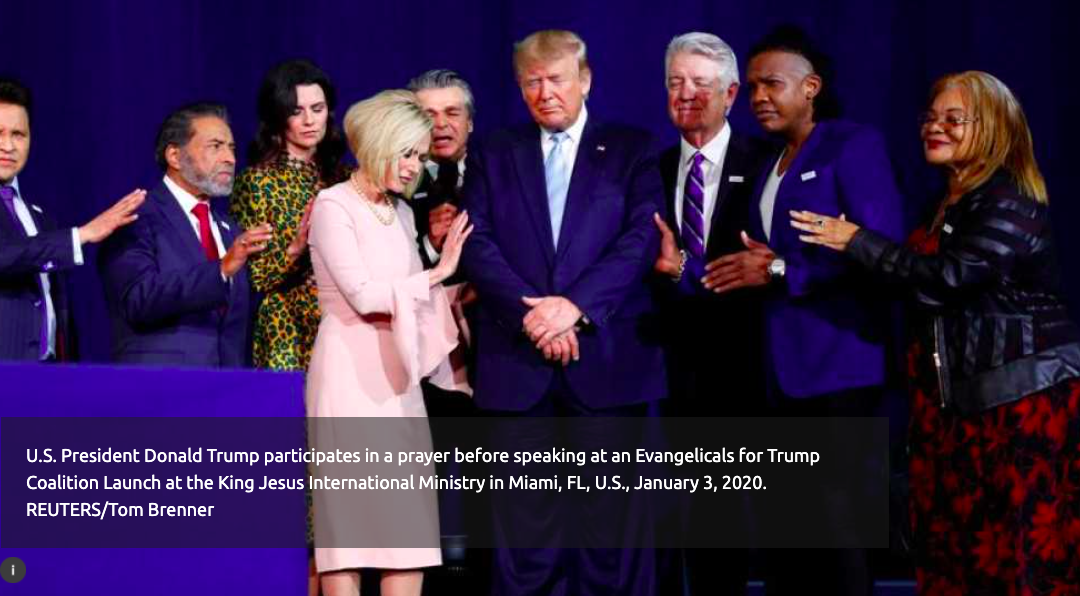 Right-wing U.S. groups have put more than $280 million into campaigns against LGBT+ rights and abortion worldwide since 2007, almost $90 million of which focused on Europe.

Thomson Reuters Foundation (27.10.2020) – https://bit.ly/326bgSf – Right-wing U.S. groups have put more than $280 million into campaigns against LGBT+ rights and abortion worldwide since 2007, almost $90 million of which focused on Europe, according to a report on Tuesday.

Many of the 28 groups – most of which are Christian – have close links with U.S. President Donald Trump, who is campaigning for re-election on Nov. 3, investigative website openDemocracy found, amid the rising popularity of the far-right in Europe.

One of the main groups is the American Center for Law and Justice (ACLJ), whose chief counsel Jay Sekulow is Trump’s personal lawyer. It supported a ruling in Poland last week banning abortion in cases of foetal defects, the report said.

The ACLJ – shown through its financial records to have spent $18 million globally since 2007, 80% of it in Europe – did not respond to a request for comment.

Another major player is the Alliance Defending Freedom (ADF), whose international arm filed legal briefs against same-sex marriage in Italy and backed a Northern Irish bakery that refused to make a cake with “Support Gay Marriage” on it.

It also opposed same-sex adoption in Austria and trans women in France seeking to legally change their gender by submitting arguments in cases at the European Court of Human Rights.

“ADF International is a global human rights organisation that protects fundamental freedoms and promotes the inherent dignity of all people,” a spokeswoman for ADF International said in emailed comments.

“Rather than engaging with our arguments, OpenDemocracy seeks to shut down debate by launching what is nothing more than a smear campaign.”

The openDemocracy investigation highlighted a lack of transparency among U.S. church organisations, which do not have to pay taxes, reveal their funders or how they spend their money overseas.

The biggest spender was the Billy Graham Evangelistic Association, which poured $96 million into influencing foreign laws and citizens, although its spending is unknown since 2015 when it was reclassified as a church association.

Its president Franklin Graham – the son of the U.S. evangelical preacher – has praised the LGBT+ rights record of Russia, where homophobic violence has risen since the adoption in 2013 of a ban on “gay propaganda” towards minors.

The association did not respond to a request for comment.

Africa was the second most popular destination for anti-LGBT+ efforts. Several of the groups supported the death penalty for gay sex in Uganda, known as the “Kill The Gays” bill, which was overturned by the country’s constitutional court in 2014.