TURKMENISTAN: Imprisoned for their faith

These seven young men are the latest Witnesses to be imprisoned in Turkmenistan for conscientious objection. In January 2018, authorities convicted two others, Arslan Begenjov and Kerven Kakabayev, for refusing military service and sentenced each to one year in prison. *They were the first Witness men to have been imprisoned on this issue since February 2015. Both men, as well as four of the seven who were just convicted, are in the Seydi prison (LBK-12), where Bahram Hemdemov has been incarcerated for over three years.

On March 14, 2015, police in Turkmenabad raided a peaceful religious meeting held in Bahram Hemdemov’s private home. Thirty-eight Witnesses were arrested and charged with illegal religious activity. All were mistreated, 30 were fined, and 8 were sentenced to 15-day jail terms. The Lebap Regional Court later sentenced Mr. Hemdemov to four years in prison, and his health has suffered as a result of the infamously bad conditions within the Seydi prison. Until now, he has been overlooked in the amnesties that the president grants several times a year.

Respect for freedom of conscience, religion, and belief still at issue

In 2015 and 2016, the United Nations Human Rights Committee (CCPR) released ten favorable decisions on complaints submitted by Witness men who had been imprisoned in harsh conditions as conscientious objectors to military service. At present, the Witnesses have seven other complaints against Turkmenistan pending with the CCPR.

In an April 2012 report, the CCPR exhorted the government of Turkmenistan to “ensure that its laws and practices relating to the registration of religious organizations respect the rights of persons to freely practice and manifest their religious beliefs as provided for under the [International Covenant on Civil and Political Rights].” The Witnesses applied for registration in 2008, but the government has not acknowledged their application.

Jehovah’s Witnesses are grateful that the government of Turkmenistan has previously freed prisoners to correct injustices. With these latest convictions, however, Turkmenistan is again ignoring international calls to respect the rights of conscientious objectors. The Witnesses look for a positive response from the government to the CCPR rulings—greater respect for human rights in general and specifically for the right to freedom of conscience, religion, and belief.
Prisoner of conscience profile 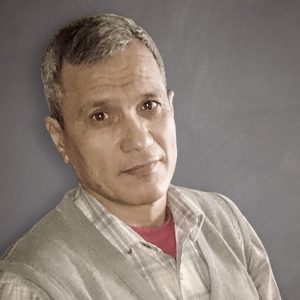 Mr. Hemdemov, 54 years old, is married and the father of four sons. At the time of his arrest, he served his congregation as an elder and was a well-respected member of the community. In May 2015 a court sentenced him to four years of hard labor in prison for holding an “illegal” religious meeting in his home. He is detained in a notoriously wretched labor camp in the town of Seydi, where he has suffered repeated interrogations and brutal beatings at the hands of the authorities. However, he has maintained his conscientious stand despite the mistreatment. Mr. Hemdemov’s wife, Gulzira, has been able to visit him periodically.