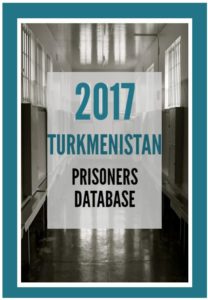 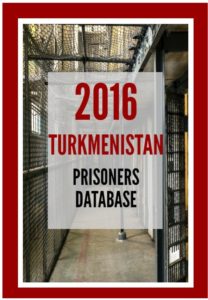 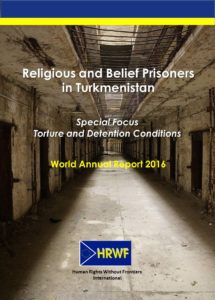 “Turkmenistan has a population of 5.2 million, 89% of which are Muslim. Another 9% identify as Eastern Orthodox, leaving a tiny minority to represent various other religions. The government has been highly repressive of religious freedom and only registered religious organizations – approximately 141 in number, mostly Muslim – have the right to practice freely.

Even legally registered groups are permitted a limited range of activities related to worship. Other activities, such as distributing literature, educating children without approval, or proselytizing, are punishable with fines or imprisonment.

Some groups, such as Jehovah’s Witnesses, have been particularly restricted by law because of their tendency to proselytize and publicly share their religious beliefs. They have also been targeted for their conscientious objection to military service. Turkmenistan offers no alternative service and the punishment for refusal to enlist is a two-year prison term. Jehovah’s Witnesses have been beaten, arbitrarily detained, sexually assaulted, and otherwise mistreated by government officials.[1]

While there is little information about prisoners being held for long periods of time in Turkmenistan, police can detain citizens for shorter periods, such as fifteen to thirty days, during which they are often physically and verbally abused. Because of the country’s lack of cooperation with international organizations and unwillingness to share information, it can be assumed there are more existing prisoners than those that are mentioned below.”