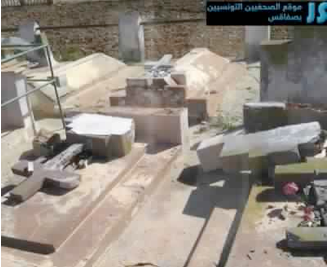 HRWF (16.02.2017) – http://bit.ly/2lvWdgv – On 12th February, the Christian cemetery of Sfax, which accommodates tombstones of Maltese, Italian, Greek and other foreigners, was vandalized by unknown people. Crosses were broken and a statue of the Virgin was ransacked. A tag saying “There is no other God than Allah” was painted on one of the walls which gives an anti-Christian connotation to this act of vandalism.

The League for the defence of laïcité and freedoms condemns such acts of desecration and sympathizes with the Christian community and the families of the concerned tombstones.

The Tunisian Association of Support to Minorities (ATSM) published a press release condemning this profanation as an attack against cultural pluralism and social peace. 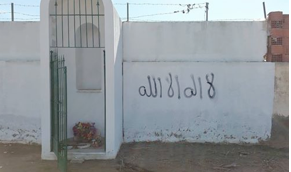