Politicians and human rights groups have jointly condemned the burning of an effigy of a same-sex couple and their child at a carnival on Sunday in the Dalmatian town of Imotski. 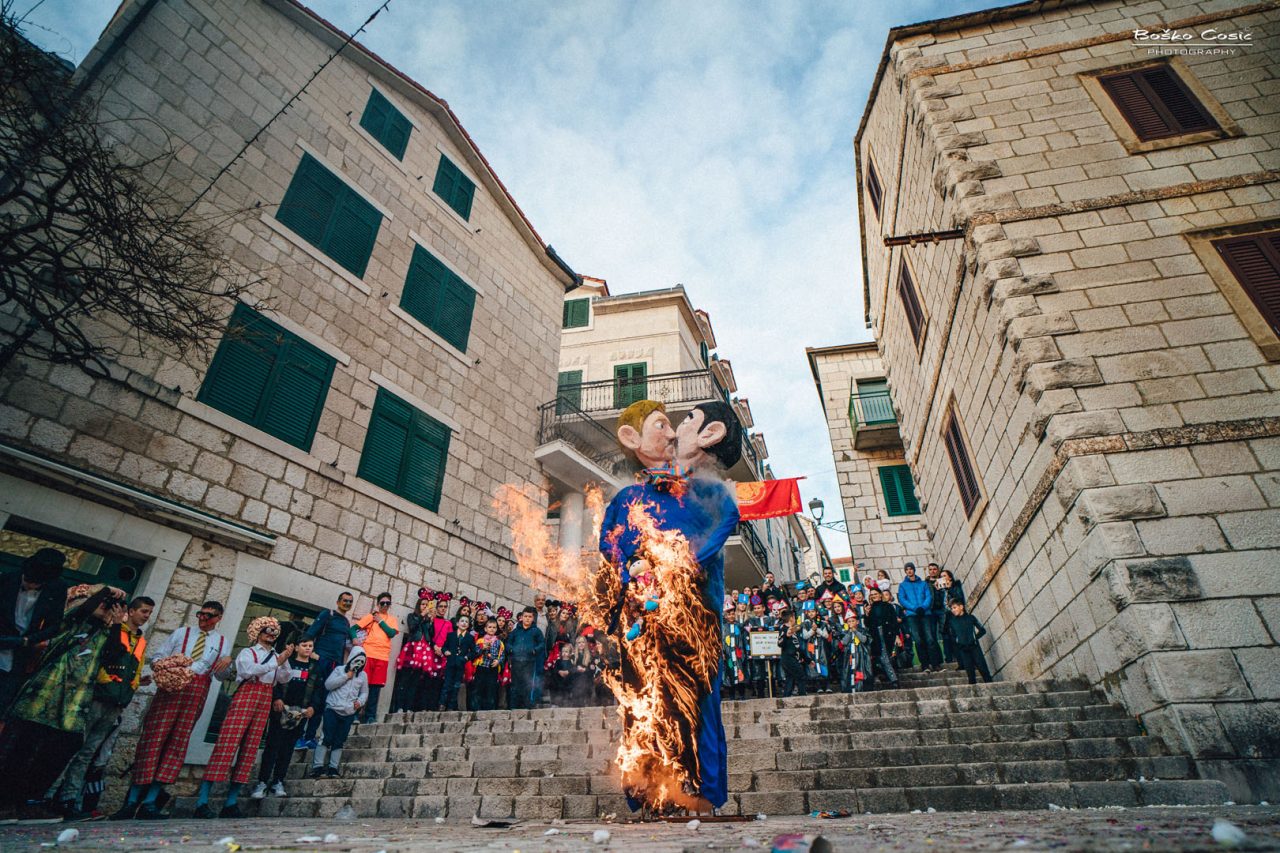 Balkan Insight (24.01.2020) – https://bit.ly/2SWGIOL – The Croatian President, government ministers, LGBT rights groups and the Ombudsperson on Monday all condemned the burning of an effigy of a kissing same-sex couple and their child at a Dalmatian carnival, calling it a hateful act. The image was torched at Sunday’s traditional carnival in the small town of Imotski in the Dalmatian Hinterland.

The Rainbow Family Association, which gathers LGBT couples and individuals who have or want to have children, on Monday said the action sent an appalling message to society and to children especially.

“The scary scenes from Imotski cannot be justified by carnival customs… What kind of message is being sent to our children, children who nowadays in Croatia grow up with lesbian mothers or gay fathers?” Daniel Martinovic the association’s coordinator, said.

“I find it incomprehensible, devastating and sad. It teaches children that it is okay to hate. That’s unacceptable,” Ombudsperson Lora Vidovic tweeted on Sunday.

A Social Democrat MP, Arsen Bauk, said that he would file charges against the organisers of the carnival.

Each year, carnivals across Dalmatia select new figures to feature as effigies, often selecting things or people that have made local inhabitants upset and angry.

Part of the effigy burned in Imotski clearly showed the face of Social Democratic Party MP Nenad Stazic, who has campaigned in parliament for same-sex couples to be allowed to foster children. His character had also a red star on his forehead, the symbol of former communist Yugoslavia.

When local media outlet Slobodna Dalmacija asked the carnival organisers why they had chosen a same-sex couple as an effigy to burn, one said: “We remain conservative, sticking to tradition. Give the baby to a mother, as the saying goes. We think that’s right.”

The torching comes after the Constitutional Court published a ruling at the end of January that obliges courts and relevant authorities to give all competent appliers to foster equal opportunities, including same-sex couples. The ruling was welcomed by human rights organisations but criticised in socially conservative circles.

It is not the first time that carnivals in Croatia have featured effigies targeting minority groups. In March last year, at the carnival in the coastal town of Kastel Sucurac, an effigy of the Croatian Serb leader and parliamentarian Milorad Pupovac was burned. Pupovac told BIRN that it was a nationalistic and chauvinistic act.

In February 2018, a replica of Croatia’s first picture book about same-sex families “My Rainbow Family” was ceremonially burned at the carnival in Kastela. LGBT rights groups filed a complaint against the carnival organisers, and the Science and Education Minister, Blazenka Divjak, condemned the book’s burning.