The Kokorev case, a miscarriage of justice in Spain spotlighted at the UN in Geneva

At the 41st session of the held this week at the UN in Geneva, the judicial miscarriage of the Kokorev case by the Spanish authorities was publicly raised by an NGO – writes Willy Fautré, Director of Human Rights Without Frontiers

EU Reporter (28.06.2019) – https://bit.ly/2ZWydDV – In September 2015, three members of the Kokorev family were arrested in Central America and extradited to Spain on the basis of an international arrest warrant. The order was related to a vaguely worded suspicion of money laundering allegedly committed in Western Africa more than ten years earlier. 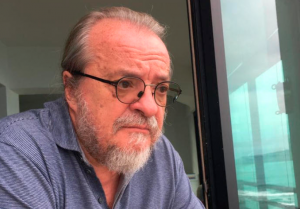 Vladimir Kokorev, his wife, both in their sixties and in bad health, as well as their 33-year old son agreed to their extradition to Spain, where they expected their case to be dismissed, or, at least, that they would be released on bail. Instead, they were first imprisoned in Madrid and then transferred to a detention centre in Las Palmas where they spent over two years in pre-trial detention.

Despite their right to the presumption of innocence, they were subjected to a harsh and controversial system in Spain requiring special surveillance of dangerous detainees and named “Ficheros de Internos de Especial Seguimiento” (FIES). To make matters worse, the Kokorevs were registered in the FIES-5 upper category. This category is for high-risk inmates classified in accordance with their specific criminological profile such as sex offenders, Islamic terrorists, war criminals, etc. The Kokorevs did not match such characteristics; in fact, none of them had a criminal record and none of them had never used or incited violence.

Over the last fifteen years, the European Parliament and the Council of Europe, in particular the Committee for the Prevention of Torture (CPT), have expressed serious concerns and issued several warnings about the FIES system.

Earlier this year, the Brussels-based NGO Human Rights Without Frontiers interviewed the Kokorevs in Las Palmas about their detention conditions. According to the family, they were treated worse than convicted criminals.

After their arrest, the proceedings remained secret for eighteen months. During this time, their counsel was denied access to the investigation files and was not given basic information on the reasons for their arrest, including a description of the offence and of the evidence against them.

They were treated as a single entity, the “Kokorev family”, no distinction being made between the three of them, thus suggesting the presumption of guilt by association.

Their defence counsel was unsuccessful in obtaining their release on bail. Their personal circumstances were not taken into consideration by the authorities: Vladimir Kokorev’s health seriously deteriorated, requiring him to undergo heart surgery, and his son was an expectant father who missed the birth of his child while in pre-trial detention.

Even after substantial time behind bars and despite the Spanish authorities’ knowledge that a trial would not be possible for many years (certainly not within the maximum term for pretrial detention under Spanish law), the family’s incarceration continued.

Kokorev’s wife reported that she felt disoriented from being moved to a different cell every five to nine weeks, a security measure prescribed under the FIES-5 status to which in her module only she was being subjected.

On 1 August 2017, after more than 13 years of investigation by the Spanish authorities, Judge Ana Isabel de Vega Serrano tried to extend the pre-trial detention of the Kokorevs for two further years, claiming that she still had to “determine the facts and identify the persons responsible”.

In the meantime, a number of members of the European Parliament held a round table on the Kokorev issue in Brussels and publicly denounced serious violations of human rights by the Spanish judiciary in the case of Vladimir Kokorev and his family. This event facilitated the work of their lawyer in Las Palmas who, again, requested their release. Within a few months, the three were freed, one at a time, but their freedom of movement was limited to the island and remains so.

It is unlikely that a trial will be held within the next five years, almost 10 years after the arrest of the family and more than 20 years after the start of the investigation. In the meantime, the Courts in Las Palmas have declined to examine allegations supported by forensic reports of mishandling and fabrication of evidence by the police until a trial eventually takes place.