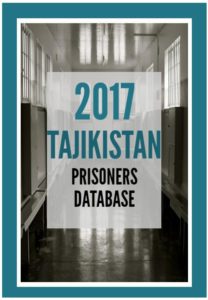 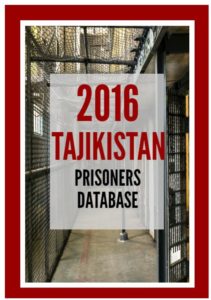 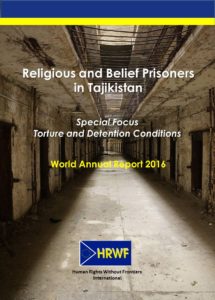 “Following the dissolution of the Soviet Union, a series of civil conflicts erupted in Tajikistan between 1991 and 1997 as Islamist factions and pro-democracy protestors struggled to rid the country of communist influence.[1] The violence ravaged Tajikistan’s agricultural and industrial sectors, contributing to its status as the poorest of the former Soviet states.

The country is marked by authoritarian rule, political corruption, and deep economic problems, forcing many of its citizens to rely on remittances from relatives working in Russia or on the trafficking of narcotics coming from neighbouring Afghanistan[2] …

…Of the 8.3 million inhabitants in Tajikistan, 85% are Sunni of the Hanafi sect, 5% are Shiite, and 10% are of other faiths, such as Russian Orthodoxy, Protestantism, and Jehovah’s Witnesses.[3] Strict state control of religious practices suppresses the free expression of religion in a number of spheres: rigid standards for government registration, state-mandated curriculum for imams’ sermons, closure of madrassahs, and censoring of religious literature.[4] Tajikistan also prohibits those under the age of eighteen from receiving religious education or worshipping at mosques and churches, often viewed as a strategy to secularize future generations. Jehovah’s Witnesses, as well as some Protestant and Islamic movements, have been formally banned.[5]”