HRWF (05.10.2017) – http://www.about-dvorkin.ru – On 27-29 September 2017, a closed anti-cult conference financed by the Russian state took place in Selekhard, a Russian city near the Polar Circle. Some sociologists of religions known to defend religious freedom for all were denied access to it. Anticultists from Italy, Canada, and Germany participated in the event. Among them were Alexander Dvorkin, vice-president of the European Federation of Centres of Research and information on Cults and Sects (FECRIS) who is ‘well-known’ for his hate speech against non-Orthodox minorities, and Luigi Corvaglia, a member of the FECRIS board.

See the review of the conference in English here.

See the book Freedom of Religion or Belief, Antisect Movements and State Neutrality: FECRIS, a case study in English here, in Russian here, and in French here. 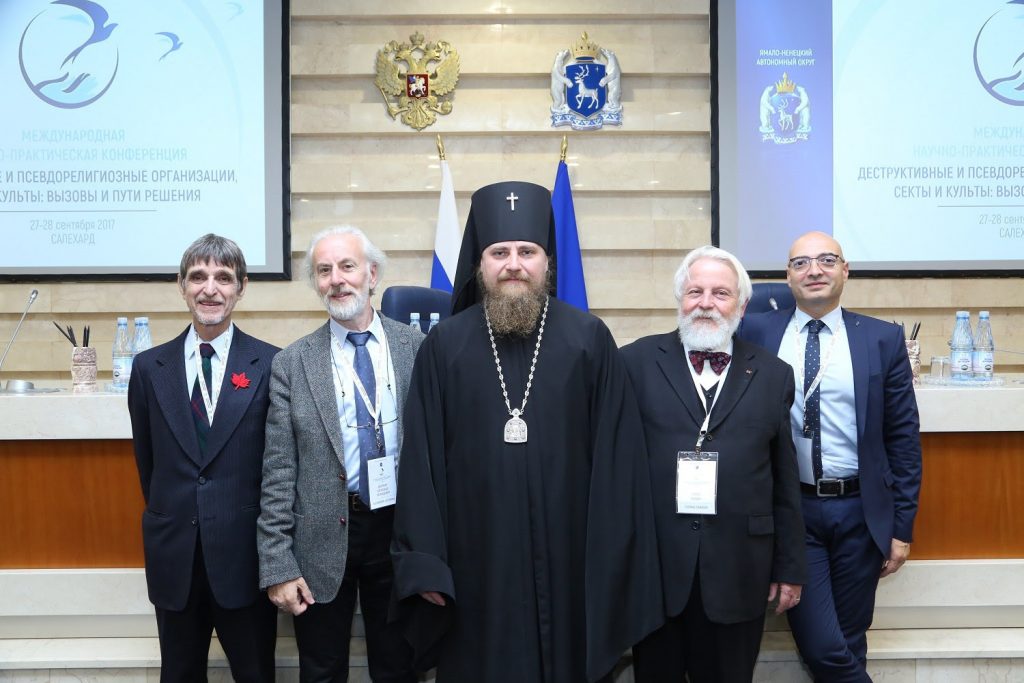 All non-Orthodox religious denominations and their members have been attacked by Alexander Dvorkin and the Saint Irenaeus of Lyons Centre for Religious Studies, which is the FECRIS member association in Russia.

FECRIS in France has never disavowed him when he was using hate speech against Jehovah’s Witnesses, Protestants (Evangelicals, Pentecostals, Baptists, Seventh-Day Adventists and others), Muslims, Hindus, Buddhists, Falun Gong practitioners, the Salvation Army, Hare Krishna devotees, Mormons, the Church of Scientology and some Orthodox Churches not affiliated to the Moscow Patriarchate, etc.

FECRIS in France has never disavowed him, even when he was taking sides with China at an antisect conference in Beijing on 12-13 May 2008 specifically targeting Falun Gong although the repression against this group had been repeatedly denounced by the UN Commission of Human Rights, the European Parliament, the US State Department, the IS Commission on International Religious Freedom, Amnesty International, Human Rights Watch and others.

Text of the full presentation: http://hrwf.eu/forb/our-reports