Poland and Hungary to jointly assist victims of religious persecution

The First News (18.08.2020) – https://bit.ly/3kYbD9m – Poland and Hungary have reached an agreement to help persecuted religious groups and to counteract threats to religious freedom, the Ministry of Foreign Affairs has announced in a press statement.

The accord was concluded during the visit of Deputy Foreign Minister Pawel Jablonski to Hungary.

As stated by the ministry’s press office, the two-day visit of Jablonski to Budapest took place at the invitation of Hungarian State Secretary Tristan Azbej, the minister for aid of persecuted Christians, and the Hungary Helps Programme.

“The key point of the meeting was the conclusion of an agreement on co-operation to promote stability, reconstruction and reconciliation through humanitarian and development collaboration in response to humanitarian crises and the persecution of religious minorities around the world,” the ministry’s statement read.

During the talks, the ministers of both countries stressed the importance of international cooperation in countering threats to freedom of religion and declared their willingness to act to support Christians and other religious groups suffering persecution.

As indicated by the Ministry of Foreign Affairs, special support should go to the most vulnerable people: children, women, the elderly, people with disabilities, that is, those who suffer the most severe consequences of humanitarian crises.

Bilateral issues were also discussed during the talks, as was the importance of Polish-Hungarian cooperation during the COVID-19 pandemic.

Uzbekistan must stay on the path of religious freedom reform

Tashkent has made progress on the path toward greater religious freedom but must remain vigilant to protect the gains it has made and continue to actively push forward.

By Nadine Maenza and Nury Turkel 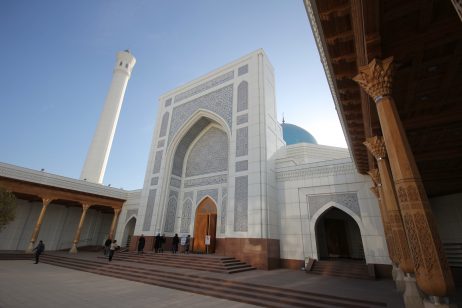 The Diplomat (09.07.2020) – https://bit.ly/32h4Tg5 – For many years, Uzbekistan presented a bleak picture in a region notorious for poor human rights conditions. Under the country’s late authoritarian leader, Islam Karimov, the government relentlessly repressed all independent religious activity that it did not expressly sanction. In one particularly infamous incident documented in 2002, the bodies of two religious prisoners held at Jasliq Prison — also called the “House of Torture” — were returned to their families with evidence of torture indicating that at least one of them may have been boiled alive. A decade later, a popular imam who fled Uzbekistan and received asylum in Sweden barely survived an assassination attempt that many believed was orchestrated by the government.

Karimov’s death in 2016 brought to power his long-time prime minister, Shavkat Mirziyoyev, who has proven himself inclined to reform and committed to improving Uzbekistan’s international image. Among his administration’s efforts to implement reform on a number of fronts, its focus and engagement on religious freedom concerns have been a welcome, if slow, reversal of a long-standing official policy of persecution.

The government’s initial move to delist thousands of individuals from its blacklist of potential “religious extremists,” and its decision to invite the United Nations special rapporteur on freedom of religion or belief, Ahmed Shaheed, to visit the country in late 2017, were groundbreaking first steps in the right direction. The government’s adoption of a “road map” in response to Shaheed’s recommendations the following year was a promising sign of its commitment as well.

But, on April 28, USCIRF for the first time recommended Uzbekistan for the Special Watch List (SWL) in recognition of the progress made, and, crucially, in expectation of continued reform in the year ahead.

It is imperative that Uzbekistan continue on its chosen path of reform to provide and protect the rights of all its people to practice their religion or beliefs. Its expected adoption of a revised Law on Freedom of Conscience and Religious Organizations would be a welcome next step in its efforts to provide all the conditions for true religious freedom.

Over the course of the last year, we have seen Uzbekistan take real, concrete action to substantially improve and increase the space for religious freedom throughout the country. When a USCIRF delegation visited Uzbekistan last year, many diverse religious faiths and communities shared that the situation had truly changed for the better.

USCIRF’s 2020 Annual Report highlighted the government’s directive to law enforcement authorities and police to cease raids on religious groups and the announced closure of Jasliq Prison as some of the most significant positive developments of 2019.

However, although notable progress has been made, much remains to be done.

Of particular concern are the reported thousands of peaceful Muslims whom Uzbekistan continues to imprison on vague or spurious charges of “religious extremism.” While there have been some prisoner releases, the government should fully review the cases of all individuals imprisoned under such charges as well as release, rehabilitate, and exonerate those held as political and religious prisoners.

Uzbekistan should also ensure that its approach and advancement of freedom of religion or belief is comprehensive and inclusive of all its religious communities, including Muslims. The government’s reluctance to extend fundamental rights to all Muslims, and particularly those who choose to exercise or publicly express their beliefs by growing a beard or wearing a hijab, is contrary to its commitment to international human rights standards. As Uzbekistan moves forward with plans to overhaul its religion law, it should minimize mandatory registration requirements as much as possible, and set aside inordinate and stifling bans on proselytism, missionary activity, and the private teaching of religion.N

Finally, Uzbekistan must remain vigilant to protect the gains it has made, continue to actively push forward reforms to its legal framework regarding religion — such as fulfilling its pledge to revise the Law on Freedom of Conscience and Religious Organizations — and avoid any backsliding.

Nadine Maenza is a Commissioner on the United States Commission on International Religious Freedom, appointed by President Donald Trump.

Nury Turkel is a Commissioner on the United States Commission on International Religious Freedom, appointed by House Speaker Nancy Pelosi.