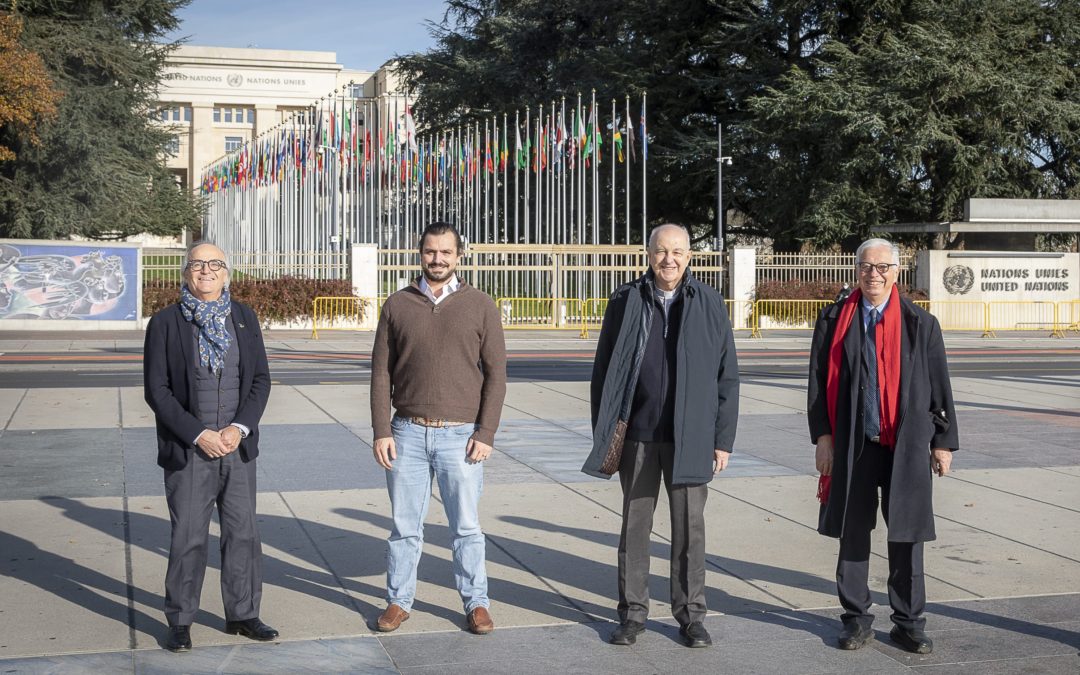 ADF International (04.12.2020) – https://bit.ly/33SUG9p – Geneva’s total ban on religious services and events has been suspended by the Swiss Constitutional Chamber of the Canton of Geneva. The court has yet to decide whether the ban is a violation of the right to freedom of religion after a group of concerned citizens filed a legal challenge against it. While the suspension does not serve as a final decision, it indicates that the ban is not proportionate and means that religious services and gatherings are now permitted until a final judgment is handed down. The Chamber indicated that the likelihood of the case ultimately succeeding is “high or very high.”

“The suspension of the ban until the court makes a final decision is a significant step in the right direction. This ban is a serious violation of the fundamental rights Switzerland is committed to protect in a number of international human rights agreements. Religious freedom is a fundamental human right and governments seeking to restrict it carry the burden of proving the restriction is truly necessary and that a less restrictive approach would not work. Favouring commercial establishments over religious services is not only discriminatory but ignores the robust protection that exists in national and international law for religious freedom,” said Jennifer Lea, Legal Counsel for ADF International, a global human rights group with offices in Geneva that supported the case.

Ban is threat to religious freedom

Several religious communities have shown their support for the lawsuit challenging Geneva’s total ban on religious services and events. The regulation is part of Geneva’s COVID-19 measures. It bans all religious gatherings except small funerals and weddings. While religious services are banned, other public gatherings are allowed to take place such as demonstrations and professional choir practices.

The ban is the only and first of its kind in Switzerland and most of Europe. Similar blanket bans on religious services have been overturned in Germany and in France while in other countries governments and religious groups have worked together to find workable approaches. The legal challenge filed in Geneva has won public support from Jewish and Christian communities.

“Restrictions on fundamental rights must always be proportionate and proven to be truly necessary. Given that other public gatherings are still permitted, we do not see the proportionality of this restriction – it targets religious groups in a discriminatory way. That is why we decided to challenge it in court. We are hopeful that the courts will ultimately recognize this as a violation of fundamental rights and that a solution will be found that protects the rights of all citizens of Switzerland and sets a good benchmark for the rest of Europe,” said Dr. Samuel Sommaruga, on whose behalf the lawsuit was filed.

Steve Alder, the Geneva-based lawyer who filed the case said, “Switzerland has a good track record in protecting the religious freedom of its citizens. It is a poster child of democracy and human rights. That makes it all the more worrying to see a total ban on all religious gatherings and events in such a drastic form. It is one of the broadest bans of its kind in Switzerland and most of Europe where similar bans have been successfully challenged. Enforcing it is a violation of the right to freedom of religion as protected in the Swiss Constitution and by international human rights standards. It disproportionately targets the activities of religious groups over commercial activities. With multiple religious groups in Geneva voicing their concerns over the disproportionality of the ban, we hope that the authorities will ultimately agree on a solution that protects everyone’s right to practise their religion in line with international law. The suspension of the ban is a welcome step in this direction.”