SWITZERLAND: No to abolish the crime of blasphemy 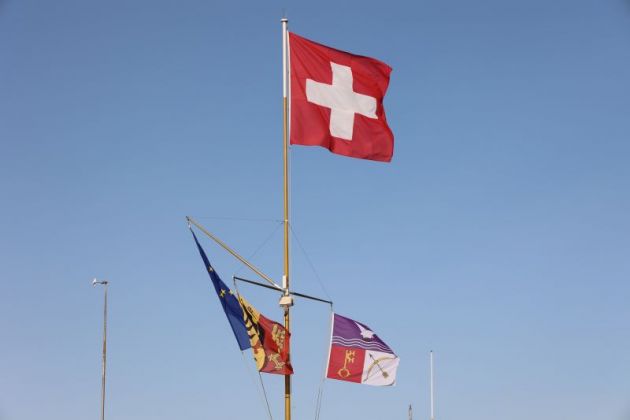 Ecumenical News (08.11.2020) – https://bit.ly/3l8HNhc – Switzerland’s Federal Assembly has rejected a motion by a lawmaker to abolish the crime of blasphemy, which will remain on the law books but does not carry the massive penalties of some countries such as Pakistan where it can lead to the death sentence.

Breaking the law in Switzerland carries a fine.

The proposal to abolish blasphemy’s offense was put forward by in the lower house of the national parliament by Beat Flach, a member of the Liberal Greens Party, on Nov. 6 in the parliament but was defeated 115 votes to 48.

Freedom of expression “does not apply without limit,” said Justice and Police minister Karin Keller-Sutter, the national broadcaster, RTS reported.

In neighboring France, French President Emmanuel Macron has repeatedly defended freedom of expression in recent weeks, the right to caricature, and “the freedom to believe and not to believe.”

His defense of the French notion of secularity came after the assassination of a professor who had shown caricatures from Mahomet to his students in the Paris region, triggering numerous anti-French demonstrations in Muslim countries.

Article 261 of the Swiss Penal Code protects the peaceful “living together” and all religions and the right to respect for religious convictions.

That article says that “Any person who publicly and maliciously insults or mocks the religious convictions of others, and in particular their belief in God, or maliciously desecrates objects of religious veneration… is liable to a monetary penalty.”

“You shouldn’t punish people for making fun of a faith,” said Flach. “We must give a clear and strong signal in favor of freedom of expression,” he pleaded.

The Swiss law does not directly punish words that insult divinity or the power of God, but it can act against those “flouting the convictions of others in matters of belief, in particular, belief in God”.

“In other words, religious convictions cannot be criticized to the same extent as other philosophical opinions,” asserted Flach, recalling that other countries have already abolished such an offense, including “Catholic Ireland.”

In Switzerland, the article relating to blasphemy does not seek to protect religious beliefs or God from insults but focuses on protecting others’ feelings.

“This helps to maintain religious peace,” Martino Mona, professor of criminal law and the philosophy of law at the University of Bern, reported the Swissinfo website.

Switzerland has a long tradition of religious wars and conflicts, which is why the blasphemy ban was needed, says Mona.

“Countries that have a stronger tradition of religious tolerance and diversity… don’t typically have such bans,” she explained.

In European countries such as Germany, Italy, Spain, Greece, Austria, Poland, and Russia, make blasphemy an offense. But it is not outlawed in France, Great Britain, and the Netherlands.

Recent decades and an influx of immigrants have brought other religions to Switzerland, including Muslims, who account for about 5.1 percent of the 8.56 million people, Hinduism (0.6 percent), and Buddhism (0.5 percent).