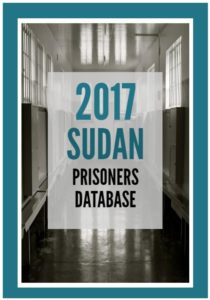 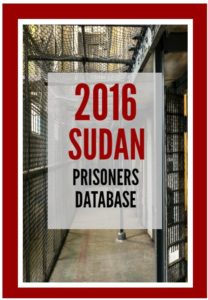 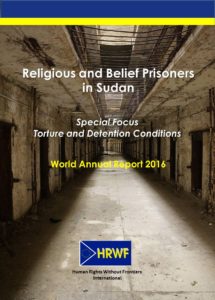 “The Republic of Sudan is overwhelmingly Muslim (97%), the vast majority of its 35 million population being Sunni of the Maliki School. Tolerance of other religious traditions is quite low, and repressive policies toward minority groups have been tightened under President Omar al-Bashir. Al-Bashir has been in power since 1989, when he led a military coup to topple the democratically elected government at that time.

In 2009, al-Bashir was indicted by the International Criminal Court for conducting a brutal campaign of mass killings, rape, and pillage of civilians in Darfur.

Religion has played a highly-mediatised role in the long civil war between the Khartoum government in the north, which is based on a rigid interpretation of Shari’ah, and secessionist movements in the south, which are largely Christian or follow traditional African religions. The conflict ended when the Republic of South Sudan was created in 2011.

The beleaguered minority religions that still exist in Sudan include indigenous beliefs and various Christian denominations, especially Roman Catholics, Anglicans, Presbyterians, and small groups of various Orthodox communities, some long-established and others more recent migrants. There are also several Evangelical Protestant groups in the country.”