SOUTH KOREA: Kim Ju-hye: Kidnapped and forced into a coercive de-conversion programme for 51 days by her family 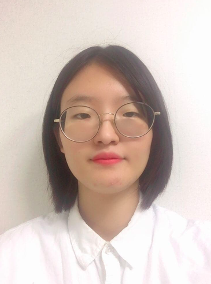 HRWF (12.11.2020) – Kim Ju-hye, a university student, joined the Shincheonji Church in 2018 after growing up in a Presbyterian household. Her father is a reporter for a newspaper company owned by the Christian Council of Korea and her mother is currently working as a nursery teacher.

She was 24 years old when her family drugged and kidnapped her for her beliefs, and then held her in a house for 51 days while she was forced to undergo a coercive de-conversion programme.

The night of the incident

“On 29 March 2020, I was having dinner with my family at our home in Goyang City, Gyeonggi Province. We were eating pork stew that my mother had bought, but the stew tasted very bitter to me. I mentioned this to my mother, and she looked oddly embarrassed. Something felt wrong, and so I threw up what I had eaten and texted my friend from church.

After I threw up, my mother pressured me into taking a solution that she claimed was anti-nausea medicine. Upon taking it, I immediately became unconscious. When I came to around 11 p.m., I looked for my cell phone, but I could not find it. My family said that they needed to take me to the hospital, and my father and younger brother then carried me out of the house.

My uncle was waiting with his car in front of our house. He took us to an underground parking lot where we all got into a rental car. I was still weak from the solution my mother had given me and so was unable to question this or resist.

After an hour of driving, we arrived at a house. I later learned that we were in Siheung City, Gyeonggi Province, which is a common location for forced confinements due to its remote nature.

My parents held both of my arms and brought me inside. There were about 30 CCTVs installed inside the house, and all the windows were locked. There was an alarm system linked to the windows that would make loud noises when they were opened and notify the owner of the house. My family members did not say a word to me to explain any of this. They took turns keeping watch over me all night.”

“When I woke up the next day, my father forced me to sign a two-page agreement, saying that the pastor would not come until I did. The content of the agreement stated that I, as a member of Shincheonji Church, wished to receive conversion ‘education’ and gave my consent for a de-conversion programme.

I told my parents that my signing the agreement involuntarily while under forced confinement made it null and void. My father re-read the agreement, claiming that I didn’t read it properly. My parents had already heard a lot of groundless slander about Shincheonji and began berating me. They told me that I was crazy because I was brainwashed into attending Shincheonji. That night and every following night, my family took turns staying awake to ensure I couldn’t run away.”

The start of the de-conversion programme

“On 31 March 2020, my parents woke me up early because an evangelist was coming. This evangelist, a woman in her late 50’s, had me write an agreement related to COVID-19 as soon as she arrived. It stated that if she was infected with the virus, I was wholly responsible for my exposure to her. The evangelist made all my family members sign it as well. Everyone was wearing a face mask, except her.

After the ‘education’ session, the evangelist pulled my parents aside to discuss something in secret. When I asked my mother later what they talked about, she said that the evangelist told my mother to stop treating me so well and instead to follow the advice of the counselling centre. Then she told my mother to make lunch and to prepare the evangelist’s toothbrush, toothpaste, and towel separately. The evangelist did this to emphasise that my family should be waiting on her during her stay.

When my father mentioned returning to work after taking this month off, the evangelist objected. She told him he must take a second month off. My mother had quit her job in anticipation of the time needed to prepare and implement this plan, but my father had hoped to be able to continue working.”

“My father was about to leave for his office to extend his leave from work when the evangelist yelled at him, claiming he had not listened to her instructions. She said that anyone who left could not return. As a result, my father went back to work and lived at home, leaving my mother and younger brother at the rented property with me.

Three to four evangelists, including Evangelist Kim Choong-il and Evangelist Ju Eun-hye, took turns visiting me each day. Since there were no ‘classes’ on Sundays or Mondays, I was forced to watch over eight hours of videos slandering Shincheonji on a laptop provided by the counselling centre with my family. If my mother or brother believed that I was not paying attention, I was forced to re-start the videos entirely.

During the duration of my confinement, my family and I began to tire mentally. My mother would cry and bang her head against the wall, and my brother would throw things when he could not control his anger. On days that I didn’t obey my family, I was not given any food.”

“There were so many coercive conversion programmes occurring at this time that evangelist Ju Eun-hye couldn’t keep coming to our location. She instructed my family to bring me to the counselling centre during the week for ‘classes’ and then take me to Sunday services at Sangrok Church. Pastor Jin Yong-sik, the head pastor of this church, is a part of the deprogramming scheme.

My family were to transport me using a small rental car. They were told not to open the car doors from the inside (the doors of the car could not be opened from inside) in case I tried to escape.”

Escape from my confinement

Soon after, one day after going to the counselling centre, my mother, younger brother and I stopped by an IKEA store. I realised this was my opportunity to escape and so, when they were not watching me, I managed to run away.

I am now living with a friend in Seoul, as I am too scared to live at home with my family again. Initially, I experienced extreme insomnia and was very traumatised. I went to several places including the Yeongdeungpo Police Station and the Women’s Counselling Centre for protection and counselling. However, the police and service providers I met treated me unfairly because I am a Shincheonji member.

After some time had passed, I felt safe enough to be in touch with my family again. Now, I am in contact with them often and, in October, I met with my parents in person. They sincerely apologised for everything they subjected me to during the coercive conversion programme. I am still healing from this experience and we are in the process of reconciliation.

About three weeks after my escape, I called the National Human Rights Commission of Korea to discuss my case. However, rather than helping me, the person I spoke to asked why I had become a member of such a religion in the first place. They did not counsel me on my rights to legal recourse, and instead criticized the Shincheonji Church.”