SOUTH KOREA: Kidnapped by his family at the age of 29 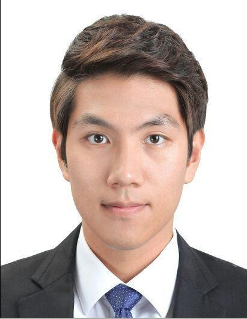 HRWF (19.10.2020) – Kyoung-joon currently works as a baker in Gangneung City, Gangwon Province, and had been living independently from his divorced parents. He was kidnapped by them on a family trip together to forcibly de-convert him from the Shincheonji Church. When he was a minor, he accompanied his parents and his sister to the Presbyterian Onnuri church. In 2011, he was 22 when he decided to join the Shincheonji Church. Here is his account:

“My family planned a summer vacation from 1 to 3 August 2020. This was my first time seeing my family in a while, and so I was very excited. On 1 August, I arrived at a relative’s house in Suwon at around 4pm. I was surprised to see that one of my uncles whom we had not seen in a few years was there as well. My family told me that we would go to a restaurant first and had me get into my uncle’s car. My uncle, who is well-built, squeezed into the back seat with me while my sister was in the front seat and my father drove. I was made to sit in the middle of the back seat with my mother on the other side of me.

I later found out that the car we took did not belong to my uncle but was rented to avoid detection.

During our trip, my uncle asked me to call his wife because she wanted to speak to me. However, my uncle then asked me to put him on the phone and, when I did, he hung up and handed it to my sister in the front seat. It was strange and so I asked my sister to return my phone, but she didn’t respond. I asked again and my uncle said, “we can’t give you back your phone, everyone knows you’re attending Shincheonji Church. You have to be educated [take coercive conversion programmes] and first you must sign the written agreement”. With that I realized that I was being kidnapped. I was overwhelmed with feelings of betrayal, embarrassment, and fear.

My father was driving without a GPS in an unfamiliar neighbourhood, and my mother covered my eyes anytime there was a direction sign or when I tried to look around.

For two weeks prior to this incident, I had been going to the hospital for treatment for gastrointestinal issues. On the day of the abduction, I had an upset stomach, which my family knew about. During the drive, I asked my father to stop for a bathroom, but he retorted, “you’re asking me to pull over for a bathroom as a trick – just like Shincheonji has been teaching you.”

The car stopped in front of an apartment complex near the Ansan Sangrok Church where the head pastor, Yong-sik Jin, holds coercive sessions of de-conversion and re-conversion to the mainline Presbyterian religion.

As we exited the car, my mother and uncle each held onto one of my arms. I tried to run away, but all four of them grabbed me, forcing me into the building.

I was overpowered, but I continued to struggle. As I was being dragged, I shouted to the people nearby to call the police. My family tried to cover my mouth and told the people around me not to report, saying “this child is from Shincheonji.” It took about 20 minutes for my family to drag me through the entrance and up the stairs into the studio apartment they had rented. During that time, my father and uncle hit my face repeatedly and I sustained injuries on my arm from being forced up the stairs.

Luckily, someone did report this incident and the police arrived just after 5pm. The police have seen many such cases in the area and so they knew what was happening. They asked me for my age and what was going on, and then separated me from my parents. My family had been threatening to hold me in that apartment for a month, and so I was very scared. I requested to go to the Ansan Local Police Office and be separated from my family. My family also went to the police station.”

“After arriving at the Ansan Local Police Office at around 5:30pm, I wrote a statement. However, my family still had my phone and were trying to force me into agreeing to the coercive conversion programme. When I refused, my parents presented me with a document to severe familial ties. I told them I didn’t have any reason to end our relationship, but my parents continued threatening me, trying to force me to sign the document.

Finally, my family left the police station, cursing me. They blamed me for my mother losing her job, which she had quit so as to oversee the coercive conversion programme. She was working at a private corporation and has now found work again at the Occupational Safety Authority. My father continues to work as an administrator at a hospital.

When leaving the police station, I was afraid of being kidnapped again, and so I asked an acquaintance to pick me up. After that, I moved into an acquaintance’s house because my family knew where my previous apartment was.

After this kidnapping attempt, I was so afraid that my family might try to stalk me or abduct me again. It impacted my health issues, as I was so worried that my family would come to the hospital I was visiting for treatment that I didn’t go for some time.

Eventually, I finished my treatment at the hospital and got a new job at a bakery. Before the incident, I had lived independently but had kept in touch with my family and would visit them. However, now, every time I receive a call from my parents, I cannot forget what happened. I still live in fear and worry constantly, but I decided not to sue my family because I could not bear to do so.”