SOUTH KOREA: Hye Jeong Lim: VIDEO of her kidnapping masterminded by her family and a Presbyterian pastor

HRWF (18.09.2019) – It is not usual to film a live kidnapping in broad daylight and in the middle of a crowd, but that is what happened to Hye Jeong Lim, when she was 21 years old.

She was near the university in Chonnam city when it occurred. A car stopped and strong guys pushed her into a big car despite her resistance, her screams and the opposition of some people around. The scene was video-taped by a passer-by from the other side of the street.

The masterminds of this abduction operation were her family and, behind the scenes, a pastor involved in the controversial de-conversion program of the Presbyterian Church of South Korea.

Hye Jeong Lim had been educated in the Christian faith by her family who were members of the Presbyterian Church but she had decided to join another religious denomination, the Shincheonji Church, a new religious movement with a different Christian-based theology.

The intentions of her family was to confine her until she would break down and promise to stop attending another Church. It was not their first attempt, but this one was successful.

The first time, her mother tried to pay her an unannounced visit with a Presbyterian evangelist at her apartment, but she managed to escape.

The second time, a few months later, her mother invited her to a restaurant on the occasion of her birthday. From there, they went to a café and there her mum started to make several phone calls. Hye Jeong Lim found this suspicious and escaped from the restroom.

The third time, her mother made an appointment with her at a shop but suddenly, five strong men showed up and took her by car to her grandmother’s house, which is a four hour drive from her city. They confiscated her mobile telephone. Her mum, a social worker, could rely on her ex-boyfriend who had friends in the police and a former colleague. In the morning, she managed to escape through the window of the restroom, ran away barefooted and took a taxi.

When Hye Jeong Lim was again kidnapped, there was a huge media coverage of the incident because the video had been posted on internet and circulated through the social media.

When she recovered her freedom, the media interviewed her mother and supported the reasons of her kidnapping operation. Other newspapers attributed it to the Shincheonji Church, either mistakenly or intentionally to boost sales. When Hye Jeong Lim held a press conference to rectify the truth, there was no press coverage at all.

After these incidents in 2012, the relations between mother and daughter became stormier than ever but with the passing of time, she regretted to have followed the advice of the Presbyterian pastors. Trust was slowly restored and the relationships between Hye Jeong Lim and her mother are now appeased. Her relations with her brother were also strained after the last incident, but they have improved since then and they are now closer. Hye Jeong Lim had already lost her father when she was a young child. It would have been a pity if she had lost any contact with her closest relatives.

Hye Jeong Lim is now working for a marketing company.

The result of the forced de-conversion policy by Presbyterian pastors in South Korea is the disruption of families. This is an accusation these same pastors attribute to religious groups such as the Shincheonji Church.

This family is now reunited despite the illogical methods used by some in the name of religion. 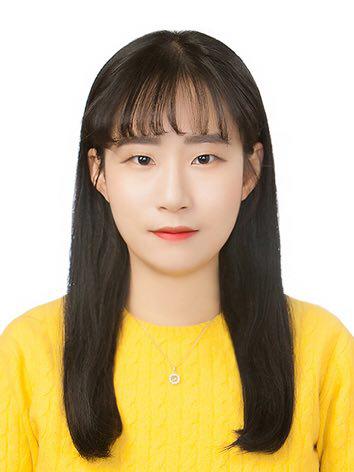 HRWF does not defend any religion or belief system, but defends the right of a person to have the beliefs of her/his choice as it is guaranteed by Article 18 of the UN Universal Declaration.