SOUTH KOREA: Case of So-yeon JUNG: An attempted forcible change of religion by a Presbyterian anti-cult association resulted in divorce

HRWF (16.10.2019) – So-yeong Jung disclosed to Human Rights Without Frontiers her experience of domestic violence, kidnapping and confinement in an attempt to change her religious affiliation. 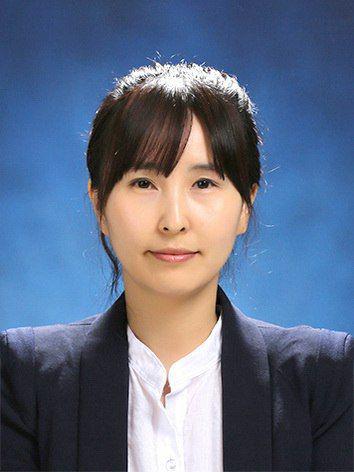 I am a 40-year old woman. My husband was working as an engineer before our marriage was destroyed by a few Presbyterian pastors. In August 2018, he found out that I was attending Shincheonji Church. In an effort to be transparent about my change of religious affiliation, I took him to a religious service. He did not say anything negative about it. However, in November, I saw my husband’s social media account by chance on the computer. His sister and his brother had sent him groundless slander about Shincheonji that they had found on the internet. My husband came into contact with an anti-cult ‘counseling’ association linked to the Presbyterian Church. They recommended that he abduct me and they shared their expertise about how to confine me safely. They also said that they would not intervene with a de-conversion program until I had signed an agreement asking for their ‘counseling’. I found out later that my husband gave them 500 dollars (500,000 Korean Won) as a donation for their assistance, but I suspect that he also paid other fees. In early November, he decided that for various reasons we should move to Uijeongbu city.

After moving to Uijeongbu, my husband organized a housewarming party at a restaurant with his family without my knowledge. When we were almost done with dinner, his older sister Lee Sun-nae told my daughter Su-min that she had bought a nice toy for her and took Su-min to her car. I rode in a car with the rest of the family, separated from my daughter and nephews.

As soon as my husband sat next to me, he took my cell phone and turned it off. He also took my purse. I was so scared and shocked that I cried and struggled. When I said, “why are you doing this to me?” they replied, “we have no choice but to do this.” Then, they closed the curtains and ignored me. After driving for about an hour, we arrived at an apartment in Ansan that they had prepared in advance.

The front door to this apartment had five different locks! Various kinds of locks had also been placed on the kitchen windows and the doors of each room. The bathroom doorknob was missing and the bathroom window was closed with twelve nails.

A sensor was attached to the right wall next to the front door so that a bell rang when I was close to it. I wasn’t allowed to do anything and each of my movements was watched. Even when I was using the restroom, I had to leave the door open. My husband searched my body again, checking if I was hiding extra money, and even asked my mother-in-law to check my underwear. It was very humiliating. These frustrating circumstances continued.

Signing an agreement under force for ‘counseling’ assistance

I tried to reason with them, but they did not respond. I asked them to call the pastor who was supposed to conduct the coercive de-conversion, which was the reason for holding me in the apartment. My husband replied that his job was to bring me here and then he had to wait for a call to proceed further. After a long scuffle, he handed me a coercive conversion program agreement titled: “Religious Consultation Guide”. When I refused to sign it, they said that I will never leave that apartment. Due to their threats, I was forced to sign it.

My husband decided to contact the de-conversion pastor by sms and told me to wait. I was so angry that I yelled and tried to leave. My husband then grabbed both of my legs and dragged me into a room where the TV was on at a loud volume. He then taped my mouth shut as a second measure to prevent anyone from hearing my calls for help.

I couldn’t eat or drink anything. I cried out that they bring in the coercive de-conversion pastor. I tried screaming and persuading my husband, but nothing worked. Then, after texting someone, he abruptly said that we were moving somewhere else where we might have to stay longer. Nothing happened until midnight when, after texting again, he said that he decided we should not go.

I protested again, but every time he would cover my mouth and raise the TV volume to drown out my voice.

Around 10 am, a woman came in with two heavy bags in her hands. She presented herself as a counselor. I protested about my kidnapping and confinement, but she interrupted and told me to talk about it with my husband instead. The coercive de-conversion program finally started.

She browbeat me with various slanderous materials and books about Shincheonji, forcing me to acknowledge them no matter what. It was frustrating because she was not listening to me and she could not answer my questions. It was clearly a forceful indoctrination. After she left, I lost all of my energy and fell unconscious.

When I woke up, it was dawn. I spent hours crying. In the afternoon, the same ‘counselor’ came back. I was lying down because I was completely exhausted, and so she just prayed for me and left. I was scared because I did not know how much longer I would spend in captivity.

I ate some rice to give myself energy but soon after I got stomach cramps. I then became so sick that I couldn’t breathe. I screamed and asked to be taken to the hospital, but instead they brought me a handful of painkillers and forced them into my mouth. I had to spend the night alone and in pain. I thought I might die.

Another day passed. It was the 7th day of my captivity. They allowed me to sit in front of the main door because I couldn’t breathe well and felt pressure in my chest. Suddenly, I heard someone outside and I yelled “please help!”. My husband grabbed my feet and dragged me into the other room. He then got on top of me, tied me up, and pressed down on my mouth and nose. I resisted fiercely, and so he poured water on my face and stuffed several wet tissues into my mouth. It was truly mortifying and I fell unconscious again.

Over the next few days, I continued crying for help. A couple of times my husband became violent with me again to silence me.

I thought that I would never be free again and that I would die in that apartment. When I struggled, my mother-in-law would grab my legs to stop me from moving and my husband would shout that I would leave there in a coffin if I did not change my mind. The entire time, my husband was insulting and threatening me. He was so volatile that he even hit his own head against the bathroom wall and started bleeding.

My husband was preparing breakfast when the police showed up. I begged them repeatedly to save my life. They filmed everything that was in the house. An ambulance arrived and I was moved to the Danwon hospital.

That is how my 12-day imprisonment ended. My husband and my mother-in-law were placed under arrest but were indicted without detention since they’re first-time offenders.

After my checkup at the hospital, my parents and I were escorted by the police to the station to make a statement. I told the police about the events of the kidnapping and how I had been assaulted. I also explained that a pastor had orchestrated the whole operation behind the scenes. The police said that they were aware of who and how many people were behind this incident. Since then, I have never been contacted by nor met with the police again. I am not aware of any further investigation or prosecution.

My husband has been charged with kidnapping and assault. We also filed for divorce and are in the midst of reaching an agreement.

My husband is currently living in the studio apartment in Ansan city where I was held and I live in Uijeongbu city. My mother is staying with me temporarily to help me stabilize myself mentally and financially.