SOUTH KOREA: Case of Ha-Seong WEE: Kidnapped twice by his family to give up his faith 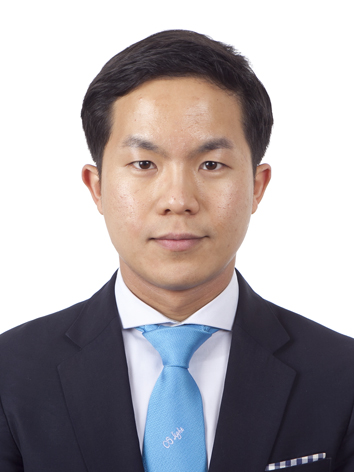 HRWF (04.11.2019) – Ha-Seong Wee, a 26 year-old student, was kidnapped twice by his family to force him to come back to his parents’ faith (*). He shared his experience with Human Rights Without Frontiers. The first time, he was confined for five days and earlier this year for 23 days. During his sequestration, he was subjected to coercion and physical abuse.

During Korean Thanksgiving day, I was kidnapped by my parents, my sister, and two uncles. They kept me for five days and four nights at the Adama Inn in South Jeolla Province in an attempt to force me to stop believing in the teachings of the Shincheonji Church.

After I successfully escaped, I continued with my religious life despite continued conflicts with my parents.

One of my uncles who had participated in the first round of kidnapping informed me that my parents had recently asked him to help them a second time. He had refused.

When I came home from church, my grandmother was at home. She was visiting from Mokpo. After greeting her, I took a car to a nearby public bathhouse to meet my dad as promised. However, very quickly my dad said he had a stomachache and we returned home. I fell asleep on the couch and awoke to being lifted by someone who was moving me from the couch. When I realized what was going on, I struggled, saying “Please save me!” I resisted as two of my uncles forced me to leave the house and go into the back seat of my uncle’s car. My dad got into the passenger seat and we all left.

After about 45 minutes, they stopped the car. I was thrown into a mud house. Its structure was similar to where I was detained during the first abduction. I said to my parents, “Are you kidnapping me again? This is the second time already!” However, my family claimed it was not a kidnapping, and that they had come to spend time with family.

I didn’t say much else because I was so angry that I was at a loss for words. We all went to bed without saying anything.

My aunt and uncles left on the first day of my confinement, leaving just my grandmother, parents and me. I was still very upset. My mother tried to comfort me by explaining that they had abducted me because they wanted us to all be one family. She said that we won’t leave until I become one with them.

I was distraught the first couple of days and so did not speak much. I asked for the bible that my parents had brought and read it. They held a family service every morning and asked me to join, but I refused.

On Wednesday (27 February 2019), I felt guilty for not taking part in family services. I asked my parents and grandmother how we will find a way to live together. They claimed that if we were going to be one, we had to determine who is “right,” but it would be best to talk to a pastor to figure that out. They wanted me to meet pastor Choi Jae-myung of their church. I had already met him in August 2018, so I said I would think about it.

I was feeling so frustrated after the first six days of my confinement that I told my parents I would meet their Presbyterian pastor. My parents contacted him but he said that he would not be able to visit anytime soon because it was Lent. He suggested meeting with Choi Myung-cheol instead. I preferred to meet pastor Choi Jae-myung, but, after a few back-and-forth conversations, I finally agreed to meet the other pastor.

My parents and grandmother were not able to attend Sunday church service, so they asked me to worship at home with them. I participated on this occasion and my grandmother was very happy. On 5 March 2019, my grandmother left because of a toothache that she needed treatment for. This was also the first anniversary of my grandfather’s passing. My parents blamed me for not being able to properly commemorate it.

After ten days had passed since Pastor Choi Jae-myung said he would send someone else, my dad called him again. Finally, on 13 March 2019, a man who looked like he was in his 50s arrived. Later, I found out that he is Choi Myung-cheol, who is one of those Presbyterian pastors and brokers involved in forcible de-conversion/re-conversion activities.

He needed my signature for the ‘Agreement for Conversion Counseling’ to begin his work and he was going to film the process of me filling out the document. He claimed that this was to protect himself legally in case any of us later claim that I was forced to attend this program.

I read everything in the agreement and realized it was an ‘Agreement for Conversion Counseling’ which I had been warned of in the past. I decided that I would not sign it and I told him. Choi Myung-cheol tried to persuade me for about an hour before leaving.

After Choi Myung-cheol’s visit, my parents exerted more pressure for me to sign the agreement. On the morning of 17 March 2019, my father physically assaulted me. After punching my face several times, he threatened: “do you want another Hwasun pension incident here today?” He was referring to the case of Gu Ji In in 2017. Her parents used a family trip to abduct her for the second time and, when she threatened to escape, her parents bound and gagged her which caused her to suffocate to death.

My father went outside to get something to beat me with since his hands hurt from punching me. When he returned, the door was open and so I tried to escape. I had to struggle with both of my parents, but finally I was able to run away. I was barefoot and wearing only pyjamas.

I ran to a health care center in Muan town and managed to contacted an acquaintance who came to collect me after an hour.