SOUTH KOREA: 50 days of confinement for forced de-conversion: Management of the case by the police and the judiciary (2)

By Willy Fautré, Director of Human Rights Without Frontiers

HRWF (02.09.2019) – Hyeon-Jeong KIM, the victim of kidnapping and confinement for the purpose of religious de-conversion, was born in 1989. Her parents, Sung-Jo Kim and Eun-Su Kim, are Presbyterians and they educated their children in their faith. Her father is a retired teacher and her mother a housewife. They were all living together in Daegu, the fourth largest city of Korea, at the time of the incidents. In 2015, at the age of 27 years, Hyeon-Jeong Kim started attending the religious services of the Shincheonji Church. Her family kidnapped her and sequestrated her for 50 days until she managed to escape. 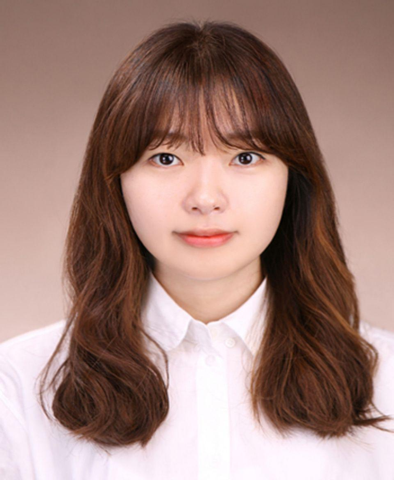 On 13 July 2018, Daegu Provincial Prosecutor’s Office published its ruling concerning the accused Sung-Jo Kim, Eun-Su Kim and Kyung-Hee Kim. It is to be noted that no Presbyterian pastor was on the list of accused although they had masterminded the operation. (*)

The official charge was “Violation against the law on violent act and punishment (Joint confinement)”.

In the section of the judgment titled “The result of the investigation and viewpoints”, it is noteworthy that the accused did not deny the facts – the kidnapping, the confinement and the coercive attempt of religious de-conversion – but argued that it was for the well-being of the victim that they wanted to organize a “conversion education program” (counseling), or what scholars in religious studies qualify as “forced deprogramming”.

It is interesting to read the part of the judgment reproducing the facts admitted by all the parties, the statements of each accused and the review of the Prosecutor’s Office:

“Facts that are recognized

The Suspects having the plan of giving the conversion education through religious counseling to the Victim for having Shincheonji faith booked the officetel in Jadong Haeundaegu Busan in advance. In the morning of the incident (April 27, 2018), they kidnapped the Victim in a car and drove to Busan and confined her for 50 days in the officetel, She was cut off from outside and was not allowed to exit until the day she was found on June 16, 2018 after running away. Everything appears to be true.

The Victim is testifying that she was taken by force by her parents and her aunt in a car to Busan and was confined in an officetel for 50 days until she could finally escape.

Her testimony includes: she was with her parents and her aunt in the officetel and was forced to take the conversion education (counseling). She was threatened not be able to leave the room until she promise to receive the education. The door was blocked with piles of many water bottles and the shoe rack covered the door handle so that the Victim could not leave the room. (Record Page 197 Written Testimony)

Statement of the Suspect Sung-Jo Kim

The suspect decided that the only way for his daughter (the victim) who had converted to the Shincheonji religion, to return to the Presbyterian faith was through a cult counseling (coercive conversion) in Busan. On the morning of the incident, he kidnapped the victim on their way to work and drove her to an officetel in Busan that was already prepared. All of the phones were turned off and water bottles were piled up in front of the entrance door. The shoe rack was used to block the handle of the door and so on. He admitted that victim was held in captivity against the victim’s will for about 50 days, including the fact that he didn’t let her escape. (Record page 213 of Suspect interrogation report)

A statement by the Suspect Eun-Su Kim

The suspect, charged with her daughter’s (victim) ‘counseling’ along with her aunt (suspect Kyung-Hee Kim), arrived in Busan the day before the incident. She obtained a room by signing an officetel in advance, and later moved the victim to Busan by force with her husband (Sung-Jo Kim). She admitted the fact that she held the victim in captivity for about 50 days against the victim’s will. (Record page 229 of Suspect interrogations report)

The suspect, admits that she first received a request from her brother (suspect Sung-Jo Kim) to get an officetel for the ‘counseling’ (conversion education) for the victim because she is deeply involved in the religion of Shincheonji. The suspect signed a room with another suspect (Eun-Su Kim) the day before the incident, and admits that she went to the parking lot of the World Cup Stadium later to pick up the victim and the suspect in her Lacetti vehicle. She claims that she was there just to help the victim and suspects with food, but that act was against the will of the victim and also helped the suspects from 27/4/2018 to 5/30/2018 despite knowing the victim was in confinement. (Record page 252 of Suspect interrogation report)

The suspects claim that only the counseling (conversion education) through cult consultant would bring the victim from the Shincheonji faith back to her normal life. Even though she was in a confined environment, the suspects argue that she was with her parents and it was all for the victim. However, it is clearly recognized as an illegal confinement for kidnapping her in the car on the way to work, taking her to Busan where she was completely cut off from the outside and trapped inside for 50 days because the entrance door was blocked. All of this was against the will of the Victim until the day of the escape to be found.”

The Opinion of the Prosecutor’s Office was “The suspicion of the Suspects has been recognized, so it is viewed as to be charged (indictment without detention)”.

In this case, it means the criminal charges were acknowledged. However, as the accused were first-time offenders, had confessed to and repented for their crimes, and as the victim was able to resume her life as per normal, the prosecution’s civic committee suggested a suspension of the indictment. For this reason, the court ruled that although the charges are acknowledged, the prosecution will be suspended for a probation period of seven years.

Hyeon-jeong Kim filed a petition with the Constitutional Court against the prosecutor of the Daegu District Public Prosecutors’ Office, alleging that his decision was infringing her basic rights, “including equal rights and the right to state in hearing proceedings.” However, on 28 June, the judges of the Constitutional Court unanimously dismissed the claim.

The activists of the Presbyterian Church who work within a national framework in charge of the deconversion of its leavers (opt-outs?) have been trained in a specific way. If the convert has not signed an agreement clearly stating that he or she voluntarily wants to join a so-called “religious conversion program” or “counseling session” (forced deprogramming imposed by family members), they must avoid any direct involvement in a forced change of religion operation.

The Presbyterian Church adopted this policy after the Shincheonji Church started to sue some of their deprogrammers. They now train their evangelists (such as Choo Jin Wook and Cho Hannah) to organize meetings and consultations with parents, and conduct the deprogramming sessions, sometimes with former Shincheonji members.

In concrete terms, Presbyterian pastors are the masterminds of the kidnapping, confinement and coercive de-conversion operations behind the scenes, but they never participate directly in these illegal and criminal activities. They leave this responsibility to family members. As to the agreement to be signed, this is left to family members “to get it”. The pastors turn a blind eye to the way it can be extorted: threats, psychological and physical pressure, violence, and detention. In the case of Ji in Gu in January 2018, it was violence to the point of her death. She was a young woman in her early twenties and a male member of her family was responsible for her murder.

In the case of Hyeon Jeong, an exception was made. A three-person deprogramming team appeared at the place of confinement although she was still firmly refusing, after 50 days, to sign such an agreement and return to the Presbyterian Church. Moreover, their visit triggered the conditions for her escape attempt and her successful call for help that was heard by neighbors. After that, the police arrived and all persons involved were transferred to the police station for a hearing. This was a very dangerous and unexpected situation for the deprogrammers.

Moreover, the deprogrammers were aware that Hyeon-Jeong was sequestrated by family members. They decided not only to deny assistance to a person in danger, but also to become accomplices to the perpetration of a criminal activity and to physically contribute to the prolongation of her confinement.

In another country, such deprogrammers could be prosecuted for taking an active part in
a criminal activity. In South Korea, they should be aware that incitement to perpetrate illegal and criminal activities could send them to prison in the future.

Human Rights Without Frontiers recommends that the South Korean authorities prosecute cases of forced change of religion involving abduction, confinement and the use of psychological and physical violence by family members with or without the direct/indirect assistance of outside actors as criminal cases of domestic violence.

(*) Source: Decision of the Court (translation in possession of the author of the article).