SOMALIA: ‘I feel the danger is increasing around me day by day’ 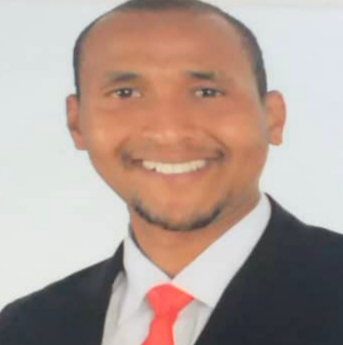 HRWF (13.03.2020) – On 2 March 2020, Professor Mahmoud Jama Ahmed-Hamdi informed HRWF about an alarming new death threat from a local preacher during a sermon. Listen to the recording here (from minute 28): https://youtu.be/vQNRJS37fq8

Professor Mahmoud Jama Ahmed-Hamdi was a university lecturer in Somalia until he was arrested on 21 March 2019 for a Facebook post that authorities deemed to be “blasphemy.” He was then sentenced on 30 April 2019 to 2 1/2 years in prison.

After spending ten months and seven days in prison, Professor Ahmed-Hamdi received conditional presidential amnesty and was released on 27 January 2020. However, the conditions of his release entail severe limitations on his freedom. He cannot disseminate his thoughts, whether in writing or spoken privately or publicly, and he is prohibited from resuming teaching at the university for a period of five years. The authorities justify these extreme restrictions by claiming that he disturbed the public order and could have a negative influence on his students.

Before receiving the conviction of blasphemy, Professor Ahmed-Hamdi had written and spoken about secularism, democracy and human rights. His most recent book, titled Are you free?, provides a theoretical framework to argue for the freedom of religion or belief (FoRB), freedom of expression, the right to participate in public affairs, women’s rights and children’s rights.

He has published other books and articles discussing the importance of recognising and protecting human dignity and individual freedoms, such as FoRB.

In the Facebook post that led to his conviction in April 2019, Professor Ahmed-Hamdi commented on the need to take a more proactive approach to recurring droughts in Somalia that have been devastating for individuals and the state as a whole. The current strategy to preventing and combatting these droughts is to pray. This was his Facebook post in response to that:

‘The advanced countries make rain but we are still praying to get rain, although despite our prayers we are still suffering every year from drought.

So, we should learn and base our life on reason and knowledge, not on Myths.’

Threats of violence and death

Professor Ahmed-Hamdi had previously received death threats targeting both him and his wife due to his advocacy for human rights, but now that he has been convicted of blasphemy, he is at risk from both the state and non-state actors.

He has been banned from working as a professor and cannot share his thoughts, beliefs or knowledge with anyone in any form; otherwise he risks more jailtime or even the death sentence. This creates a constant state of precarity and grants Somali authorities legitimisation for any future action against him. Considering that before his trial began, “he suffered months of illegal detention, physical harassment, searches and various forms of intimidation,”[2] this is a serious concern.

Despite the likelihood that the Somali authorities convicted and imprisoned Professor Ahmed-Hamdi on blasphemy charges as a pretext to silence him for his political and human rights activism, he now has a record of blasphemy. This means that he is considered to be anti-Islam by the general public.

A consequence of this is the potential for violence or death by individuals retaliating. In fact, after Professor Ahmed-Hamdi was arrested, an individual sent his wife an email saying: ‘once your husband leaves prison I will kill him.’

Furthermore, Professor Ahmed-Hamdi emailed HRWF on 2 March 2020 about another death threat, one that was of particular concern as it had the potential to incite an entire congregation to violence:

‘In the Friday [28 February 2020] prayer sermon, a preacher called Adam Sunnah spoke about me and demanded to kill me, as he denounced the prison sentence that I spent because he said that the legal ruling that I deserve is murder.

This preacher was imprisoned several times for terrorism, and he was released from prison only four months ago, as we were together in the same prison, but in two different blocks.

In this sermon he speaks in the first half of it about another Somali writer who is now residing in the West, and in the second section starting from minute 28 he starts talking about me in a very provocative way.’

You can find the recording of this sermon here: https://youtu.be/vQNRJS37fq8.

Professor Ahmed-Hamdi also shared with HRWF that he deactivated his Facebook account and did not leave his house or engage in any socialising after his release. He is now living in hiding. However, he said: ‘I feel the danger is increasing around me day by day.’

HRWF calls on the international community to react to the increasingly dangerous situation that Professor Ahmed-Hamdi is in due to his human rights activism and identification as a secular Muslim, and provide him with assistance.

For more information on how to help, email b.hertford@hrwf.org at HRWF, or Professor Ahmed-Hamdi at: abuabdala15@gmail.com.