A lawyer from Kosovo filed a criminal complaint against Serbian President Aleksandar Vucic, accusing him of spreading hatred by claiming that a 1999 massacre of ethnic Albanian civilians in Kosovo was fabricated. 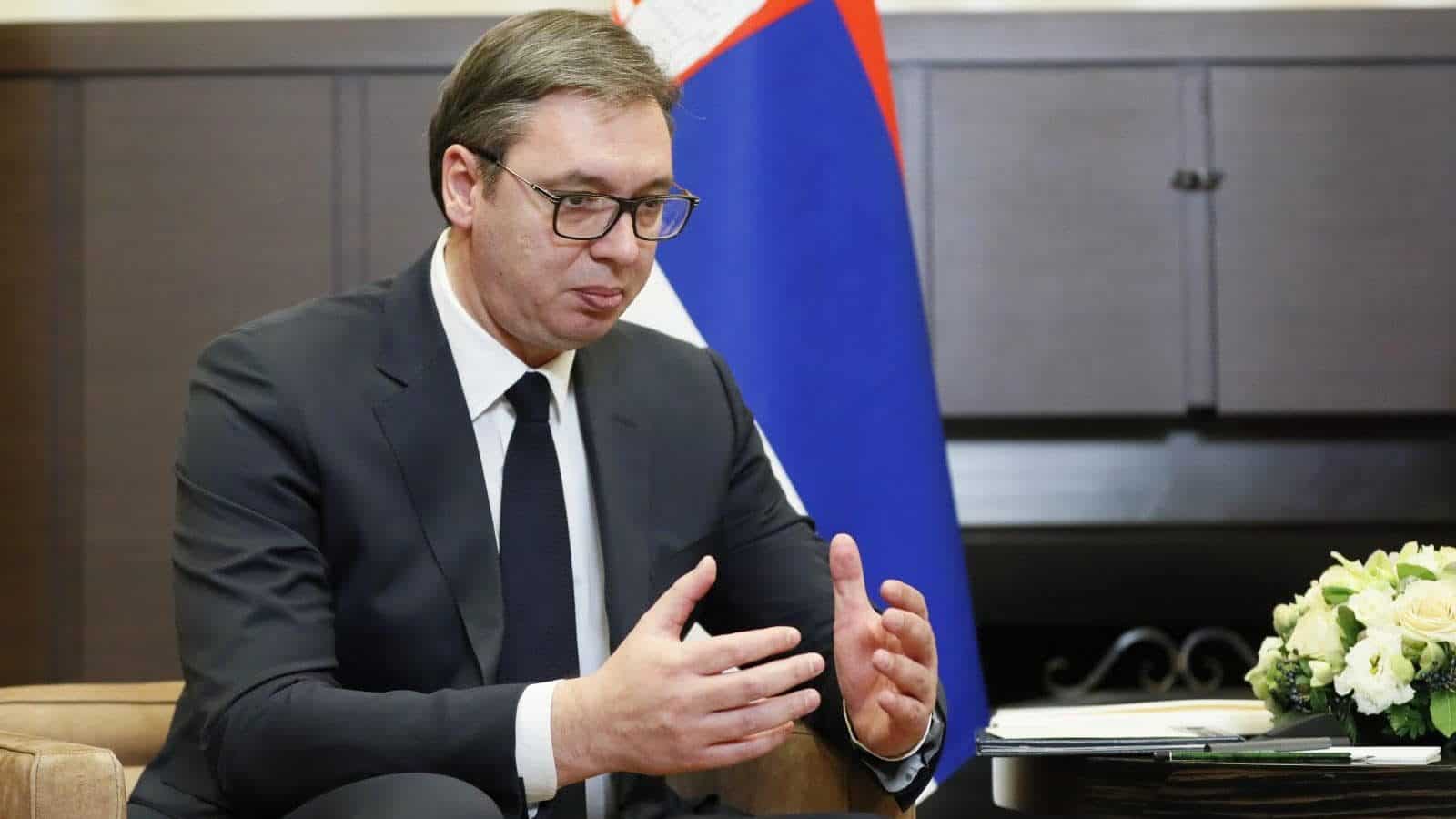 In a statement made on 4 December 2019, Serbian President Vucic accused the former head of the OSCE Kosovo Verification Mission, US Ambassador William Walker, of faking the Recak/Racak massacre.

On the morning of 15 January 1999, Serbian security forces surrounded the village of Recak/Racak and began attacking it.

They raided the houses in the village one by one. Some locals tried to hide, but were discovered, beaten, and then shot. A total of 45 villagers were killed.

Serbia initially claimed that the victims were all fighters from the Kosovo Liberation Army (KLA), which was not the case.

By the time journalists arrived, the cold, stiff bodies had been laid out on the mosque floor. Women and children were wailing. It was an appalling, unforgettable scene. 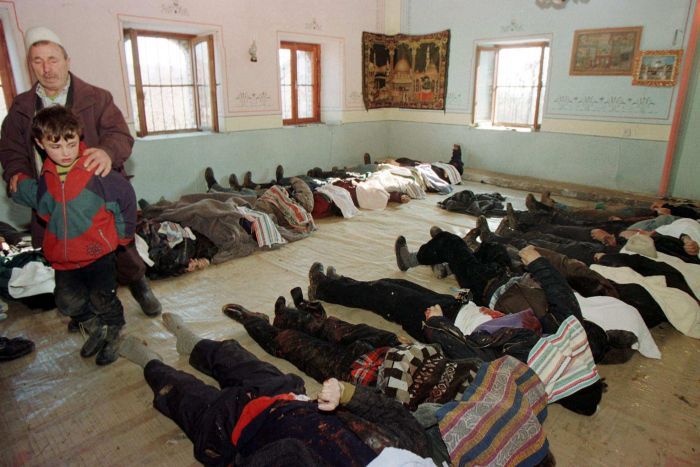 An ethnic Albanian grandfather shows the bodies of Racak villagers to his grandchild whose father is among the victims (Reuters).

William Walker, the head of the Kosovo Verification Mission, went to the scene of the massacre the next day. As soon as he arrived and saw the horror, he immediately called the action a “crime against humanity.”

On 18 January 1999, the Belgrade authorities made him persona non grata.

Walker’s testimony was a factor in NATO’s subsequent decision to bomb Yugoslavia from 24 March to 10 June 1999 to pressure Serbian forces to end their military campaign in Kosovo.

“This incident, my reaction on it, and the reaction from Serbia’s government, produced an international tsunami with reports on what was happening in Kosovo,” Walker told Voice of America on 12 January 2019.

“I know why I went to Recak in the morning of 16 January. I went there only a few hours after the massacre occurred. I saw on that frosty morning bodies and what happened to those men and boys. The Belgrade government came in the first day with different versions… They even pretended that I went there and changed the clothes of more than 40 victims to clothing pierced with bullets. Those explanations were ridiculous,” he told Balkan Insight on 15 January 2019, the 20th anniversary of this mass killing.

On 24 November 2008, William Walker became an honorary citizen of the Republic of Albania, a title then given to him by President Bamir Topi. On 15 January 2009, on the 10th anniversary of the Racak massacre, he was awarded the Golden Medal of Freedom by the President and Prime Minister of the Republic of Kosovo.

Vucic’s comments came after the Pristina Basic Court convicted Kosovo Serb MP Ivan Todosijevic of incitement to ethnic, racial or religious intolerance for claiming that the Racak/Recak massacre was staged.

On 5 December 2019, Todosijevic, a former minister in the Kosovo government, was sentenced by a first instance court to two years in prison for saying that the Racak massacre of Albanians in Kosovo was “fabricated” by “Albanian terrorists.”

Todosijevic was elected as an MP with the Belgrade-backed Srpska Lista bloc in October 2019 and was previously a minister for administration and local government in the Kosovo government.

He was fired in March 2019 for his comments at a ceremony marking the 20th anniversary of the NATO bombing of Yugoslavia:

“The reason for the [NATO] aggression in our country was the so-called humanitarian catastrophe in Kosovo and the fabricated Racak [massacre], and the Albanian terrorists are the ones who made all this up and committed the biggest crimes in Kosovo,” Todosijevic said.

This negationist campaign jeopardizes the progress achieved in the dialogue between the Republic of Kosovo and the Republic of Serbia, which is being facilitated by the EU. It also puts the future of this dialogue and Serbia’s accession to the EU into question.