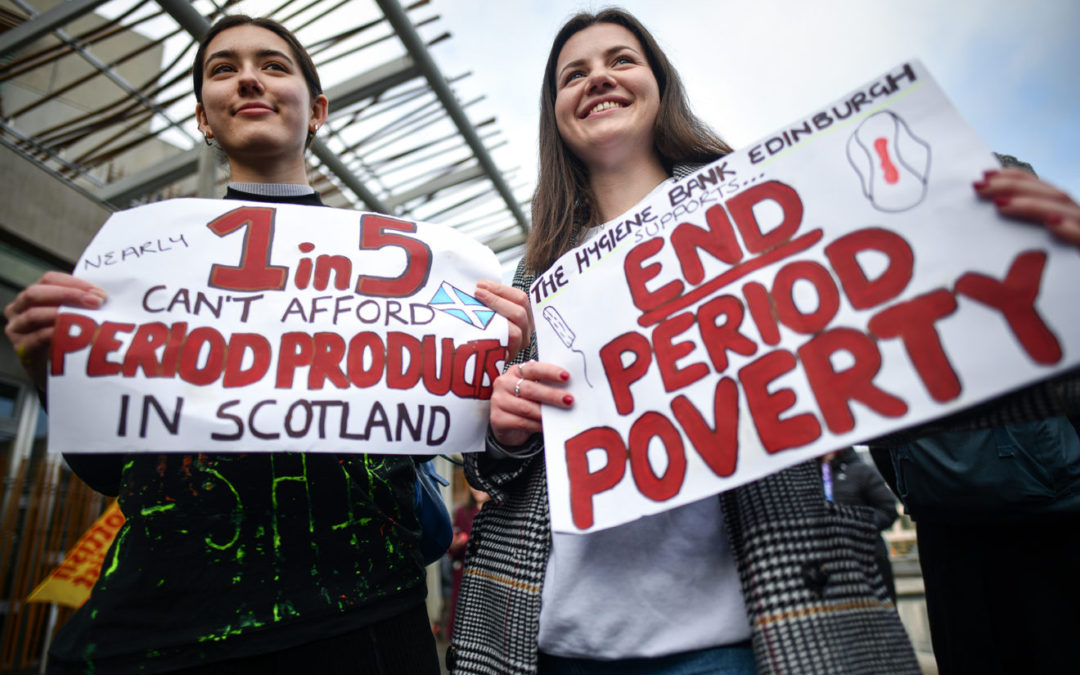 Tampons, sanitary towels and other period products will have to be available free of cost in Scotland.

The law requires local authorities to ensure period products such as tampons or sanitary towels are available free of cost in their area. Schools, universities, and other education institutions must also have free period products in their restrooms, as must a number of public buildings.

Scottish Labour MSP Monica Lennon introduced the bill in April 2019 and led the legislative effort. “Periods should never be a barrier to education or push anyone into poverty,” said Lennon, also the spokesperson for health and sport of her party. “Women, girls and all people who menstruate deserve period dignity,” she added.

A study in May by Plan International UK found that 30 percent of girls aged 14-21 struggled to access sanitary products during the lockdown in the United Kingdom.

Lennon thanked grassroots activists who played an important role in campaigning for the measure, as well as precursors such as the North Ayrshire council, which had implemented a policy of free sanitary products in 2018.

Scottish First Minister Nicola Sturgeon said she was “proud to vote for this groundbreaking legislation.”

Though Scotland is the first nation to make feminine hygiene freely available to all, a handful of countries have banned the “tampon tax” – the levying of VAT on sanitary products.

In Europe, Ireland is the only country with no tampon tax. The EU only allows zero-rate VAT derogations on products which were zero-rated before EU legislation.

Photo: 30 percent of girls aged 14-21 struggled to access sanitary products during the lockdown in the U.K., according to Plan International UK | Jeff J Mitchell/Getty Images.