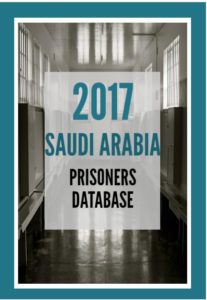 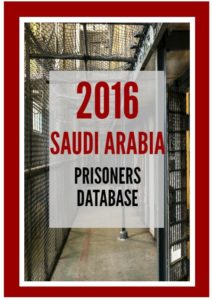 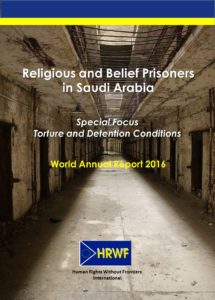 “The Kingdom of Saudi Arabia has a population of around 29 million, although only 20 million of these inhabitants are citizens, as the country has a large expatriate community. The country’s only officially recognized religion is the Hanbali School of Sunni Islam, which is widely regarded as the rigid traditionalist school of Islamic jurisprudence.  All Saudi citizens are subject to this interpretation of Islam over all others. As such there is no legal recognition or protection under the law for religion or belief minorities, which are severely restricted in practice.

Saudi citizens are required to be Muslim, non-Muslims are not permitted to get Saudi citizenship . According to official figures, 85%-90% of Saudi citizens are Sunni and 10%-15% Shia. The country’s sizable expatriate community, which makes up more than 30% of the total population, includes Buddhists, Christians, and Jews, among others. Non-Muslim places of worship and non-Muslim religious gatherings, even in private, are forbidden.

Saudi Arabia’s 2014 counterterrorism law, the Penal Law for Crimes of Terrorism and its Financing, and a series of subsequent royal decrees create a legal framework that criminalizes terrorism as virtually all forms of peaceful dissent and free expression, including criticizing the government’s interpretation of Islam or advocating atheism. Under the new law, which went into effect in February 2014, a conviction could result in a prison term ranging from three to twenty years. The Interior Ministry’s March 2014 regulations state that, under the new law, terrorism includes ‘[c]alling for atheist thought in any form, or calling into question the fundamentals of the Islamic religion on which this country is based.’ While Saudi Shari’ah courts already permit judges to criminalize various forms of peaceful dissent, the new law provides an additional mechanism to classify actions considered blasphemous or advocating atheism as terrorism. Since the law went into effect, some human rights defenders and atheists reportedly have been charged and convicted under the law…”