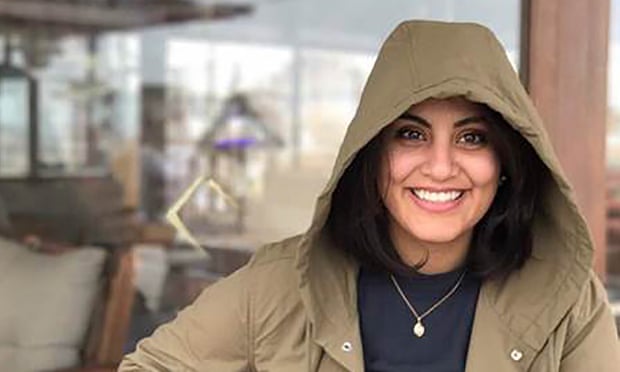 Closed trial in ‘terrorism court’ starts more than two years after her imprisonment for peaceful activism.

The Guardian (10.12.2020) – https://bit.ly/3oSfbLv – Saudi Arabia has put a women’s rights activist, Loujain al-Hathloul, on trial in a special court set up to handle terrorism cases, more than two years after she was detained over her peaceful activism.

She is accused, along with several other campaigners, of activities that “undermine the kingdom’s security, stability and national unity,” according to the state news agency. The trial began on International Human Rights Day, an irony noted by her family and campaigners.

The group has described the specialised criminal court (SCC) where her case is being held as an “instrument of repression”. Its judges have presided over unfair trials and handed down harsh rulings including multiple death sentences “in an effort to silence dissent”, Amnesty said.

Wednesday’s court hearing was not open to the public. It was not clear how long the trial would last or whether other female activists detained at the same time as Hathloul were also finally facing trial.

They were arrested in May 2018, shortly before the government dropped its longstanding ban on women driving. Hathloul in particular had been a prominent face of the grassroots campaign for change, and also opposed the male guardianship system, which makes women second-class citizens.

She has been in jail ever since, awaiting trial. Relatives say she has been tortured, and this year she has been held incommunicado for long stretches of time and been on hunger strike more than once. A UN women’s rights committee recently expressed alarm about her failing health.

UN human rights experts called for all charges to be dropped and for Hathloul to be released immediately.

“We are extremely alarmed to hear that Ms al-Hathloul, who has been in detention for more than two years on spurious charges, is now being tried by a specialised terrorism court for exercising her fundamental rights to freedom of expression, peaceful assembly and association,” said Elizabeth Broderick, the chair of the UN working group on discrimination against women and girls.

At a brief hearing in an ordinary court last month, when the case was referred to the terrorism court, relatives said Hathloul looked unwell, shaking and speaking in a weak voice as she read out her four-page defence.

The looming transfer of power in the US to Joe Biden will increase pressure on Riyadh over its human rights record. Donald Trump the and Saudi crown prince, Mohammed bin Salman, have been close allies, their bond helping blunt international scrutiny of Saudi’s handling of dissent and its bloody intervention in Yemen.

Biden has promised to review US-Saudi relations, including Washington’s support for the Saudi intervention in Yemen. Business ties will continue, however. US dependence on Saudi oil has fallen markedly as a result of domestic shale gas production, but the kingdom’s political stability is still a key US concern.