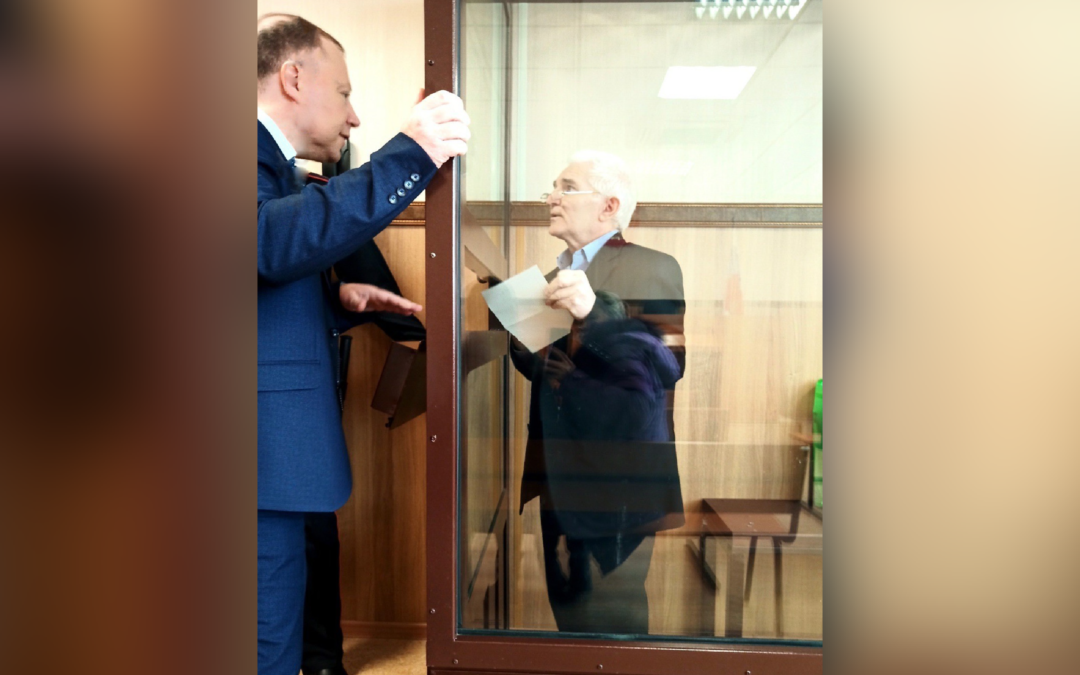 HRWF (26.12.2020) – On 16 December, the Leninskiy District Court of Novosibirsk (Siberia) sentenced Yuriy Savelyev, 66, to six years in prison under Criminal Code Article 282.2, Part 1 (“Organisation of the activities of a banned extremism organisation”). Prosecutors had asked the court to sentence him to eight years in prison.

On 8 November 2018, police raided ten homes of Jehovah’s Witnesses, including Savelyev’s. Two days later, he was put in pretrial detention. Despite multiple appeals for his release due to his age and health conditions, his detention term was extended nine times, until his trial.

Savelyev’s prison term should be served in a penal colony of ordinary regime. Additionally, he will be deprived of the right to occupy a leadership post for a period of three years.

In 2017, Russia’s Supreme Court ruled the Jehovah’s Witnesses organization to be extremist, ordered the liquidation of its Administrative Centre and their 395 religious communities, and banned their activities nationwide.

This decision was followed by a crackdown which has seen dozens of adherents jailed and hundreds hit with criminal charges.

Savelyev and fifteen coreligionists registered a Jehovah’s Witnesses community in the capital of Siberia in the late 1990s. Until the time of his arrest, the convict conducted, with his associates, religious worship services.

Jarrod Lopes, spokesman for Jehovah’s Witnesses, said in an official press release: “Convicting Yuriy, a peaceful 66-year-old Christian, to six years in prison is patently absurd. It also defies international human rights norms, which is why the European Union, Great-Britain, the United States and the United Nations have repeatedly called on Russia to stop the systematic persecution of Jehovah’s Witnesses. Yet, Russian authorities have persisted, raiding over 440 homes of Jehovah’s Witnesses already this year. Undeterred even by COVID-19, Russian authorities continue to unconscionably subject harmless believers, including older men like Yuriy, to the unsanitary and potentially deadly confines of prison.”

His sentence is not only unjustified but is extreme for Russia, considering that kidnapping is punishable up to five years in prison and rape, three to six years.

Only two other Witnesses, Dennis Christensen (since May 25, 2017) and Sergey Klimov (since June 4, 2018), have spent more time behind bars since the 2017 Supreme Court ruling.

This year personnel of various state agencies have conducted more than 440 searches in homes of adherents of Jehovah’s Witnesses throughout the country, despite the coronavirus pandemic.

Savelyev is currently the oldest Jehovah’s Witness in prison.

His lawyer, Vitaliy Svintsov, told Reuters that Savelyev would appeal the decision.

Since the ban in spring 2017, 1240 Witnesses’ homes have been raided and criminal investigation has been opened in 423 cases. There are now 45 Witnesses behind bars and barbed wires: 10 were convicted and 35 in pretrial detention. Over 220 have served time in pretrial detention and 31 under house arrest.