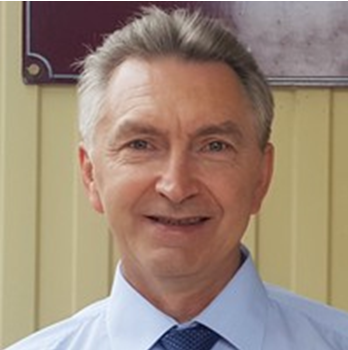 28 Jehovah’s Witnesses sentenced to prison in 2021:

Russia Religion News (23.09.2021) – https://bit.ly/3zMcLTz – A court in Volgograd issued real prison terms to five Jehovah’s Witnesses, finding them guilty in a case regarding extremism. The defendants did not acknowledge guilt and they intend to appeal the verdict. Relatives of the convicts called the verdict expected.

As Kavkazskii Uzel has written, the five Jehovah’s Witnesses defendants from Volgograd accused of extremism declared in court that they did not participate in the activity of an organization that has been banned by a court. The prosecution asked for them to be sentenced to incarceration for from seven to nine years. Relatives of the defendants pointed out that in the event of real prison terms, the families of the Volgograd Jehovah’s Witnesses will be left without breadwinners. In their final statements the defendants declared their innocence and asked the court to acquit them.

The Jehovah’s Witnesses Valery Rogozin, Sergei Melnik, Igor Egozarian, Viacheslav Osipov, and Denis Peresunko were charged with membership in an organization that a court has ruled to be extremist. But they themselves insist that they are not members of a legal entity that has been forbidden by a court but they simply profess their own religion. According to the believers’ defense attorneys, evidence was presented in court that had nothing to do either with the essence of the charges or with the religious views of the defendants, and the religious studies expert analysis did not explain what the extremism with which the believers were charged consisted of.

“The verdict has still not been delivered, but it was announced. I think that the court drew conclusions about the leadership role of Rogozin, and therefore he got more. Osipov, Peresunko, and Rogozin were charged with two crimes, and Egozarian and Melnik were charged with one crime,” the lawyer noted. He said the defense will appeal the verdict.

The verdict was read out for five and a half hours; the reading was attended also by relatives of the accused, Levin explained. He said that the convicts were taken into custody in the courtroom.

The evidence assembled by the investigation was found by the court to be sufficient to support the sentence of the five members of the religious organization professing and propagating the teachings of Jehovah’s Witnesses. All of the defendants were found to be guilty of arranging the activity of an extremist organization (part 2 of article 282.2 of the Russian Criminal Code), and three of them also were found guilty of financing extremist activity (part 1 of article 282.3 of the Russian Criminal Code), a Kavkazskii Uzel correspondent was told by the senior assistant director of the department for relations with news media of the investigation department of the S.K.R. for Volgograd oblast, Natalia Rudnik.

“The investigation and court established that the convicts, who knew for certain that back in the spring of 2017 the activity of the religious organization ‘Administrative Center of Jehovah’s Witnesses in Russia’ had been ruled to be extremist by a decision of the Supreme Court of the Russian Federation, from March of 2018, by means of conspiracy, arranged in the region mass events at which they not only actively promoted the exclusivity and superiority of a forbidden ideology, but also in the guise of voluntary contributions collected money from participants in the meetings, which, as investigators allege, was disbursed for the needs of an extremist organization, enabling its activity,” Rudnik declared.

Besides imprisonment, the convicts are deprived of the right to hold leadership positions in public and religious organizations over the course of four years, Pudnik noted.

The convicts had the possibility of terminating the activity of the organization, but “knowing for certain about the ban on its activity on Russian territory” and “realizing the public danger and illegality of their actions, in the form of undermining the foundations of the constitutional order and security of the state,” “acting as a group of persons, they continued to arrange the activity of an extremist organization,” the press service of the Traktorzavod court of Volgograd reported today.

Three of the convicts, “acting intentionally from extremist motives, as a joint criminal conspiracy, undertook actions for collection of money deliberately intended for enabling the activity of extremist organizations,” the report of the court’s website states. “In all, in the period from 17 July 2017 to 16 May 2019 (they) collected for enabling the activity of the religious organization ‘Administrative Center of Jehovah’s Witnesses in Russia’ and the local religious organization of Jehovah’s Witnesses of the Traktorzavod district of Volgograd, that had been ruled to be extremist, at least 140,670 rubles. The defendants did not acknowledge they were guilty of the charge presented, pointing out that faith cannot be forbidden,” the report says.

For the reading of the verdict, one relative for each was admitted into the courtroom, Sergei Melnik’s wife, Anna, explained. “They were taken into custody in the courtroom. Today they will be put into a temporary holding cell and tomorrow into a SIZO; then they will be transported to SIZO-3 in Frolovo, and there they will await the appellate hearing. We had hoped that maybe there would be a suspended sentence, because they had not been previously convicted of criminal responsibility and they had totally positive character references. When the judge read the verdict she said that all the arguments of the defense were unreasonable. . . . We had hoped to the last for a lighter sentence. On the other hand, such a verdict was expected,” she told a Kavkazskii Uzel correspondent.

Anna Melnik said that the defendants reacted to the sentence calmly. “Because they understood that this is, one may say, a political order,” she noted.

Anna Melnik noted that other relatives present in the court “do not have the strength” to make comments. She reported that Igor Egozarian’s mama, who is already over 80 years old, was in court.

Valery Rogozin’s son Vadim considered the verdict expected, although he called the case “picked out of thin air.” “It was clear that in any case there would be a guilty verdict; we did not expect acquittal. We had hoped that if they wanted to imprison them they would not be taken from the SIZO originally. We thought maybe they would give them a suspended sentence or a fine. But to imprison them for six years. I consider that that is nonsense in the context of Russia as a whole. There was no victim. Why such prison terms?” the son of the convicted Jehovah’s Witness commented on the verdict. (tr. by PDS, posted 23 September 2021)

Photo: Valery Rogozin, one of the five JW sentenced to prison on 23 September Courtesy: JW.ORG