RUSSIA: Dennis Christensen, a Danish prisoner of conscience in Russia 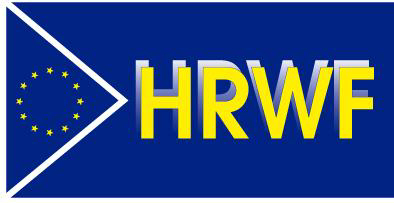 Forum for Religious Freedom-Europe and Human Rights Without Frontiers (23.06.2017)

Residency: He has resided in Russia for about 17 years

Occupation: Works as a carpenter. His wife has no resource or financial support. Their banks accounts have been frozen and their bank card confiscated.

Circumstances of the arrest: On the evening of May 25, 2017, Dennis Christensen – a baptized Jehovah’s Witnesses since July 25, 1989 – was arrested along with 15 Russian citizens at a peaceful worship service held in a privately owned building in Oryol. The valid rental contract was presented to the investigation leader during the raid. At least 15 masked and armed police together with Federal Security Service (FSB) officers disrupted the religious service. The police collected copies of the identification documents of the 70-80 people in attendance and seized their electronic devices. Mr. Christensen was immediately taken to the detention in Oryol.

Most of the attendees were detained for some hours. Then the older ones and families with children were allowed to leave. The remaining (about 20) persons were detained in the Hall the whole night or were released about 9:00 a.m. the following morning. Several felt ill during the night, had nothing to eat, one even had an epileptic seizure and was taken to the hospital. An ambulance arrived and the paramedics were ordered to stay during the night. None got any sleep or something to eat.

Charges: Mr Christensen has been charged with organizing an illegal religious activity under article 282.2 of the Russian Criminal code and he faces up to 10 years of imprisonment. It is unclear at this stage on which factors the judge relied to consider that Mr Christensen was organizing the meeting.

Current place of detention: His postal address to the detention is Krasnoarmeiskaja 10, SIZO-1, City of Orel, 302040, Russia.

Conditions of detention: According to his lawyer, Mr. Christensen was not given any food during the 36 first hours following his arrest, with the exception of some water. He was kept awake and constantly interrogated during the first night, and appeared at a hearing in the afternoon the following day before the court that decided over his pre-trial detention. Mr. Christensen was exhausted (he had been kept awake for almost 40 hours) when he appeared before judge Svetlana Naumova in Soviet District Court of Oryol. The court ruled to keep Mr. Christensen in detention until July 23 pending the investigation for fear that he being a foreigner would flee the country. He is now kept in detention in a cell he shares with 2 criminals. Only his lawyer and the consul from the Denmark Embassy in Moscow have been able to visit him. Despite repeated requests, the wife of Mr. Christensen could not exercise her right to visit him since his arrest until now. The representatives of the Danish Embassy reported him being in good health.

For more information and/or interviews:

Or contact Dominic Zoehrer, HRWF representative at the OSCE meeting in Vienna

HRWF database of news and information on over 70 countries: https://hrwf.eu/newsletters/forb/