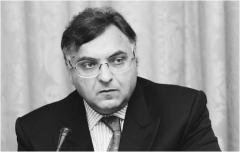 (24.01.2017) Businessman and owner of the Romania Libera newspaper Dan Adamescu has died in a hospital in Bucharest following mistreatment by the Romanian state. He was 68.

A German citizen of Romanian origin, Dan Adamescu was the founder of The Nova Group (TNG), which holds stakes in prized Romanian real estate like the InterContinental Hotel Bucharest and Unirea Shopping Center.

Dan Adamescu financed Romania Libera after its relaunch as independent newspaper in 1990. The newspaper is one of the oldest in Romania, founded in 1877. Since the fall of communism, it has been a staunch supporter of democracy, the rule of law and has continually exposed corruption in Romanian politics and bureaucracy.

In May 2014, Mr Adamescu was imprisoned in Romania, and sentenced to four years and four months on charges of bribery and corruption after a swift show trial in February 2015, which he and his family vehemently denied. His family say that the conditions in which he was held, and the lack of medical care afforded to him, contributed to his early death.

The Adamescu family contends that Dan was falsely convicted on trumped up charges because the Romanian state wants to control the newspaper and expropriate TNG’s businesses.

His son, Alexander Adamescu, has been fighting for justice for his father and has also become a target for the Romanian authorities who are requesting his extradition and incarceration.

Speaking from his London home, from which he faces extradition to Romania on precisely the same corruption charges for which his father was wrongly convicted, a devastated Alexander Adamescu says:

“My sadness at this time is tinged with anger directed towards the Romanian state, whose persecution of my father caused his death. He has been vilified, haunted and assassinated to satisfy Romania’s thirst for trophies in its illconceived anti-corruption mania. And now my turn has come to face the same fate.

“Romania’s attempts to control the Romania Libera newspaper, the coordinated destruction of the Astra insurance business which he built and his arrest, trial and imprisonment on trumped-up charges, left my father facing not only a justice system which blatantly failed to guarantee him a fair trial but also a prison system which is in breach of fundamental human rights.

“Despite his failing health, he fought these injustices to the end. As a family, we are determined to continue the fight to make the truth know, restore his legacy and bring an end to the oppression of basic freedoms in Romania.”

“The appalling treatment of my father demonstrates the total breakdown of the rule of law and due process in Romania, and the vindictive persecution that its government authorities have inflicted upon him. Should the UK ignore my, and many others’ warnings, about the parlous state of justice in Romania and fail to prevent my unlawful extradition, it is inevitable that I will be subject to the same persecution and abuse that claimed my father’s life.”