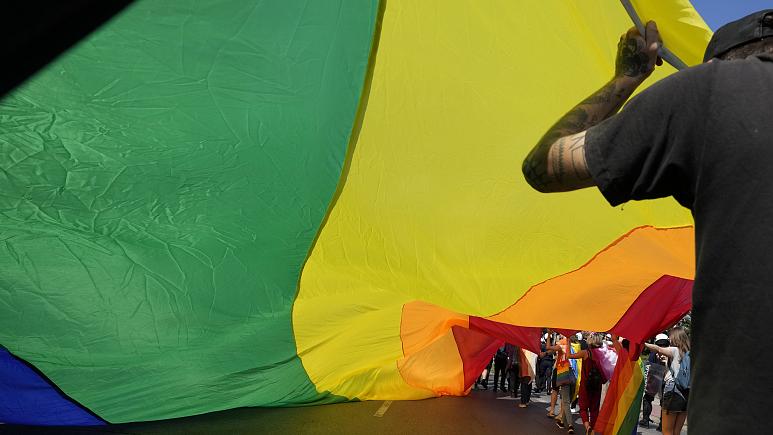 Euronews (27.09.2021) – https://bit.ly/2WGtHO4 – Three more Polish regions have revoked anti-LGBT declarations over the threat of losing funds from the European Union.

Councillors in the southern region of Małopolska confirmed on Monday that they had repealed their opposition to the LGBT “ideology.”

Authorities in the southeastern provinces of Lublin and Podkarpackie also abandoned the resolutions, according to the Polish PAP news agency.

Last week, the regional assembly of Świętokrzyskie became the first to abandon their status as an “LGBT-free zone.”

In 2019, dozens of local Polish municipalities declared their symbols “anti-LGBT” in a largely symbolic gesture.

But after the EU threatened to halt millions of euros to Polish regions, the country’s government asked local authorities to revoke their anti-LGBT status.

The European Commission wrote to five Polish regional councils at the beginning of September urging them to abandon declarations to receive recovery funding.

On Monday, sixteen councillors in Małopolska voted in favour of repealing the anti-LGT declaration. Seven officials voted against the decision, with fifteen others abstained.

Councillor Witold Kozłowski reluctantly said in a statement that local development must be “financially secured”.

“Neither I nor any councillor on the right or the left was ready to take responsibility for leaving Małopolska without these EU funds,” he stated.

“It is a consensus that not every party is entirely satisfied with,” he added.

“It was only our voice about the importance and value of the family that caused the creation of just such a declaration [against LGBT people].”

“Małopolska is a strong region, built on values and based on centuries-old Christian tradition.”