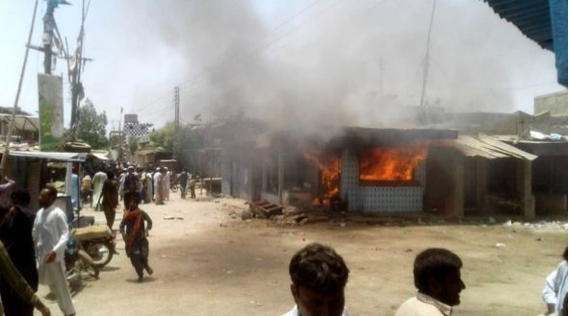 The vet said his use of the paper, apparently torn from an Islamic studies school textbook, was a mistake.

If he is convicted he could be sentenced to life in prison.

Pakistan’s blasphemy laws carry harsh penalties for anyone who insults Islam. Critics say they target a disproportionate number of people from religious minorities.

According to reports, the vet had used pages from the school textbook to wrap up medicines for a customer with sick livestock. But the customer saw Islamic religious content on the pages and went to a local cleric who informed police.

Maulana Hafeez-ur-Rehman, a local leader of the religious political party Jamiat Ulema-e-Islami, told BBC Urdu that the doctor had done it deliberately. 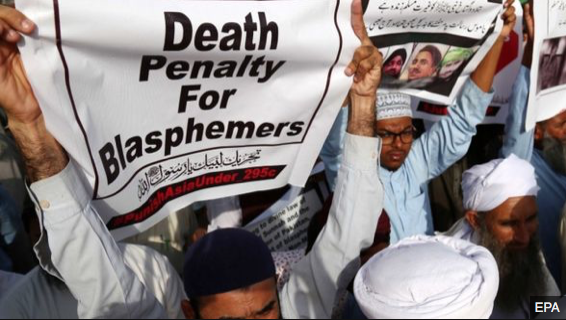 According to police, the vet has insisted that his use of the paper was a mistake.

He has since been charged with insulting religious beliefs and defiling the Koran and faces life in prison.

Islam is Pakistan’s national religion and public support for the strict blasphemy laws is strong.

Correspondents say hardline politicians have often backed severe punishments, partly as a way of shoring up their support base.

Hundreds of Pakistani citizens have been charged with blasphemy over the past few decades and some cases have triggered an international outcry.

Pakistani Christian Asia Bibi was sentenced to death in 2010 after being accused of insulting the Prophet Muhammad in a row with her neighbours.

She spent years on death row until her conviction was overturned in 2018 by the Supreme Court. She has since left the country.