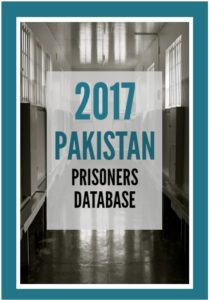 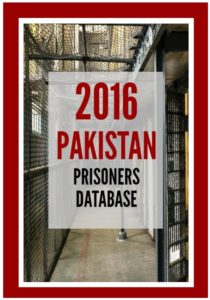 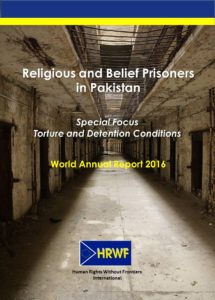 “With nearly 193 million inhabitants, Pakistan is the world’s sixth most populous country. 95% profess some form of Islam, with Sunnis making up between 85-90% of the total population.[1] Notable among the non-Sunni groups are the Ahmadiyya, a group originating from Pakistan and principally residing in the Punjab region. The Ahmadiyya have been discriminated against for many years by the Sunni majority. Since 1974, Ahmadis who observe Islamic practices can be considered to be ‘posing’ as real Muslims, which exposes them to possible charges of blasphemy.[2] Those who are detained face poor detention conditions, in part due to the overcrowding of many of the country’s prisons.

The country’s other religious minorities are also frequently targeted for (alleged) blasphemy, discrimination, violence, and other forms of attack[3].

The 2015 Annual Report of the U.S. Commission on International Religious Freedom contains a list of prisoners detained for activities allegedly blasphemous or religiously insulting. Contravening the blasphemy laws can result in death sentence or life imprisonment as it is mentioned in Section 295-A, B, C and 298-A, B, C of the Penal Code. In practice people sentenced to death are not put to death but incarcerated indefinitely.

The use of blasphemy laws has created an environment where some religious fanatics believe that they are entitled to take law into their own hands. There have been many instances where the local administration and police have either colluded with perpetrators or have stood by and done nothing to assist the accused, fearing the crowd. The use of the blasphemy laws has become a quick way of resolving disputes arising from business rivalry, honor disputes, disputes over money and property. The accused are often lynched or languish for years in jail without trial because lawyers are too afraid to defend them. Judges have previously been attacked in Pakistan for acquitting blasphemy defendants and two politicians who discussed reforming the law were shot dead…”