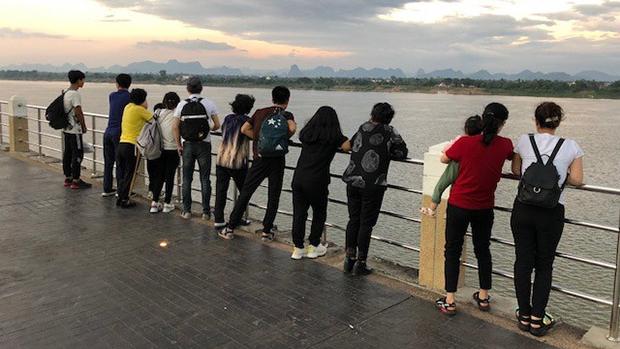 Radio Free Asia (15.11.2019) – https://bit.ly/2rVAbc1 – Cellular phones are the single most important tool for North Koreans making the risky trek to South Korea through China and other Asian countries, according to the head of a South Korean NGO that helps refugees after they have escaped from the North.

Ji Seong-ho, a former refugee who founded Now Action Unity Human Rights (NAUH) in 2010, told RFA’s Korean Service that for the 13 North Korean refugees who were able to rendezvous with him and his team in a Southeast Asian country last month, cellular phones were vitally important.

The phones allowed NAUH to remain in constant communication with the group up until the moment they met.

The 13 had travelled through China and then two other countries before arriving in their final destination, where NAUH had sent a rescue team.

Ji said that after groups of refugees cross a river to reach the destination country, it is never easy to find them, because they could be anywhere within a wide area of river border.

For the group of 13, which included several minors, NAUH was able to quickly pinpoint their exact location thanks to a cellular phone carried by one of the refugees, a woman in her 20s.

She was reportedly able to text her location to the NGO’s rescue team before crossing the river, then she called them after they had safely crossed.

As valuable as cellular phones can be to refugees on the run, they can also be tools for their pursuers as they can be tracked to pinpoint the location of users. Chinese authorities are believed to use the technique to catch groups of North Korean refugees trying to get to third countries through China.

Ji told RFA that another group of North Korean refugees was caught mid-journey by Chinese police last month. He said he assumed the authorities used cellphone tracking to find them.

Refugees therefore have been known to turn off the phones except for when they are absolutely needed.

One of the 13, going by the alias Park Ju-yeong, told RFA that he tried to get the others in his group to refrain from using their phones during their journey because he was afraid that their location would be exposed.

Once the 13 arrived at a private house, where they spent the first night in the destination country, the refugees asked for access to Wi-Fi so that they could connect their cellular phones to the internet and communicate with family members who had already settled in South Korea.

They were able to send text messages and videos, so many of them assured their relatives and friends that they had safely arrived.

Shortly after the 13 refugees arrived and met the members of NAUH, they turned themselves in to the police for their illegal entry into the country. RFA has confirmed they have reached safety and are expected to arrive in South Korea soon.

According to South Korea’s Ministry of Unification more than 33,000 North Koreans have entered South Korea over the past several decades, including 546 as of June this year.