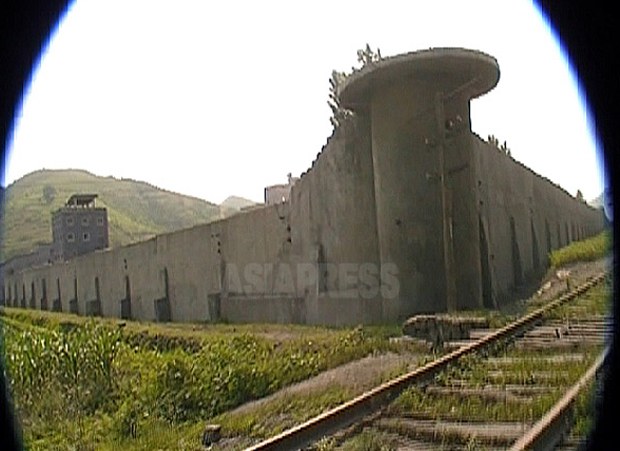 RFA (20.11.2020) – https://bit.ly/3ql8K5p – North Korea has released some 7,000 labor camp prisoners under an amnesty, but ordered local cash-strapped governments and impoverished residents to foot the bill for housing and feeding the ex-convicts, sources in the country told RFA.

North Korean leader Kim Jong Un ordered the prisoners released under a general amnesty for the Oct. 10 75th anniversary of the 1945 foundation of the ruling Korean Workers’ Party.

A resident of North Hamgyong province in the country’s northeast told RFA’s Korean Service Tuesday that the party’s Central Committee recently issued orders to care for the released prisoners in the name of Kim Jong Un.

“In response, the provincial party committee gave instructions to the neighborhood watch units in each district to make local residents take good care of these people,” said the source, who requested anonymity for security reasons.

Those sent to labor camps in North Korea suffer harsh conditions while imprisoned. Malnutrition and disease are rampant among prisoner populations who work long hours and are poorly fed.

Contact with the outside world, including with their families, is in most cases restricted. After their long-term incarcerations, the recently released prisoners have essentially become vagrants with no connection to the rest of society.

“The prisoners have come back to society, but most of them are known to have no place to live or any food to eat, so they are wandering around asking for help. This is because most of their families were destroyed by their long prison life, or their family members were scattered,” the source said.

“Some of the ex-prisoners were hungry and had nowhere to go, so they have acted violently or threatened local residents. That’s why the Central Committee ordered in the name of the Highest Dignity, to take responsibility for these released prisoners in every region,” said the source, using an honorary term for Kim.

The source estimated that around 25 prison camps each released close to 300 prisoners—some 7,000 in total.

“In Chongjin city’s Ranam district, each local government office has taken measures to guarantee that each prisoner in the area receives 10 kilograms (22 pounds) of corn, a bottle of oil, three bars of laundry soap and some bowls. Most of the released prisoners are staying at inns because they have no homes,” the source said.

“It should be applauded that the country set the prisoners free, but if they are going to make each local government office prepare food so they can survive, what other way can they secure food besides collecting it from the residents?” the source said.

Another source, a resident of North Pyongan province in the country’s northwest told RFA Wednesday that the order to care for the released prisoners is angering people there.

“The residents are protesting against this decision, saying that if it was the Highest Dignity who granted them amnesty, the state should take responsibility, but they are just passing the burden to us,” said the second source, who requested anonymity to speak freely.

“There have been general amnesties many times before, but this is the first time in my life that I have seen that the local offices were ordered to take care of released prisoners,” the second source said.

The second source said that the people are resentful because they realize that the local offices will eventually pass the burden onto them.

“Most of the released prisoners are weak due to various diseases and serious malnutrition, so many people are taking care of them by sharing their food little by little, even though they don’t have enough for themselves. The residents are angry at the impudence of the authorities who are telling them to take care of these people who don’t have a place to go.”

According to the U.S. State Department’s 2019 human rights report, estimates of the North Korean prison population range between 80,000 and 120,000. This figure includes estimates for political prison camps, the existence of which North Korea denies.