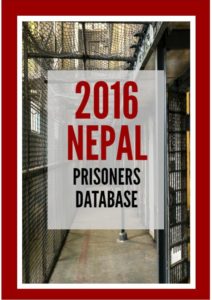 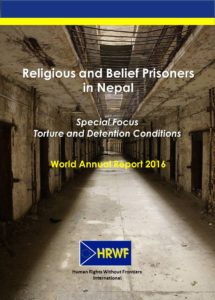 “Despite historically being a Hindu kingdom, Nepal is home to a number of sizable religious minorities. Of the 31.6 million inhabitants of Nepal,[1] 81.3% ascribe to Hinduism, 9.04% to Buddhism, 4.39% to Islam, 3.05% to Kirat, and 1.42% to Christianity. Smaller religious communities include those from Prakriti, Bon, Jainism, Baha’i, Sikhism, and a large population identified as “undefined.” All of these religions are found in a population that is even more ethnically pluralistic. According to official statistics, there are 130 recognised ethnic groups, the largest of which, the Chhetree, accounts for only 16.6% of the total.[2]

These faiths are nominally protected in the new constitution that followed the democratisation of the country in 2008. There was also great hope of a religiously free country when it was announced that the new republic would be officially registered as secular. However, similar to the Indian laws passed to protect religion, the Nepalese constitution also includes the right to be free from conversion.[3] This means that religions that include elements of proselytization are constitutionally illegal. Further, suspected cases of conversion can also become sources of detention for religious practitioners, whether warranted or not.”