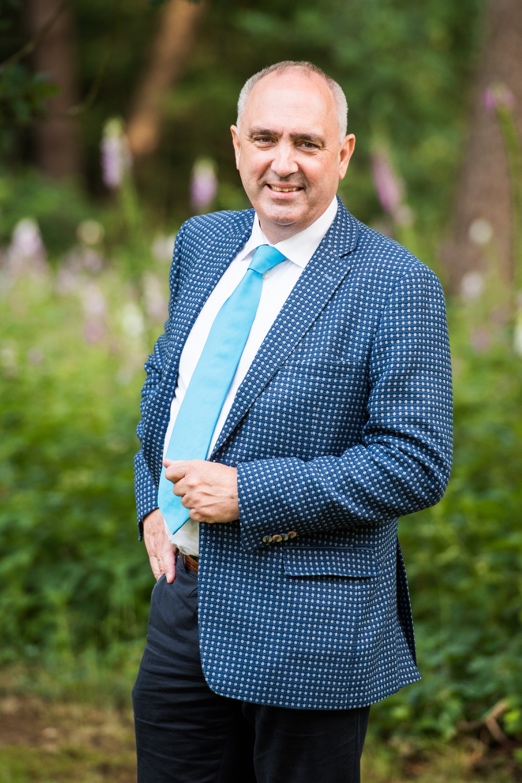 He received a master’s degree from the University of Utrecht in 1983 in International Relations, the History of War and Contemporary History. During his studies, he was involved in a Christian student club and was a part-time adviser to the Reformational Political Federation parliamentary group in the Netherlands House of Representatives.[3] Afterwards, he completed another year of study at the University of Utrecht’s law school, but couldn’t complete this degree because he was constantly travelling for political commitments.[4]

From 1983 to 1985, he was a history, historiography and political science teacher at the Protestant Journalism College and two secondary schools in the Netherlands. He was then the senior policy officer at the European Parliament for the Group of Non-Attached Members for the next four years. From 1990-2009, he worked in the Netherlands in varying capacities for the Transport and Public Works Inspectorate.[5]

During this time frame, he was also very politically involved as a co-founder, member and chair of the Reformational Political Federation in various Dutch cities. In 2009, he became a MEP on behalf of the Christian Union, a Christian-democratic political party in the Netherlands.

He is the First Vice-Chair of the Committee on Fisheries, and a member of both the EP’s Subcommittee on Human Rights and Delegation for relations with the countries of South Asia.[6]

When Peter van Dalen was first elected as a MEP in 2009, he was surprised to find that, despite an extensive focus on human rights in the European Parliament, there was no specific mechanism to promote and defend the freedom of religion or belief (FoRB) outside of the EU. He shared this observation with Dennis de Jong, another new Dutch MEP who was also affiliated to the Protestant Church of the Netherlands but who was a member of the Dutch Socialist Party. They both decided to join their efforts and to fill this gap.

In 2012, they created an informal Working Group for Freedom of Religion or Belief to promote and protect FoRB worldwide, including for non-believers, and co-chaired it together.

When the next legislature started after the May elections in 2014, they decided to compete for a higher level mechanism inside the European Parliament: an Intergroup for Freedom of Religion or Belief. “This was quite a challenging task,” Peter van Dalen told Human Rights Without Frontiers, “because by the end of December 2014, our intergroup needed endorsements from three political groups. Moreover, the number of intergroups to be recognized by the Parliament is capped at 28. MEP Dennis de Jong collected signatures of support from his political group, the GUEN, and I did the same with the ECR and EPP political groups.”

That is how those two Dutch MEPs from the same Protestant Church but from two different political groups (center-right and left) managed to create the first FoRB Intergroup at the European Parliament. They co-chaired it from 2014-2019.

“The promotion of FoRB for all outside the European Union has gained momentum in the last few years, but unfortunately there has also been an increase in persecution,” Peter van Dalen stressed. “The EU has a Special Envoy, Jan Figel, and several member states, such as Denmark, Germany, Hungary, Italy, Netherlands and the ‘brexiting’ UK” have appointed a high representative to deal with this serious issue.

At every new legislature, all the intergroups are dissolved and the same procedure must be restarted, but with the support of many new MEPs and sometimes new political groups as well.

In 2019, Dennis de Jong was no longer serving as a MEP and so Peter van Dalen was left to reactivate the Intergroup on his own. He was quickly joined by several MEPs such as Carlo Fidanza (ECR Group, Italy), Bert-Jan Ruissen (ECR Group, Netherlands), Cristian Terhes (S&D Group, Romania), Andreas Glück (Renew Europe, Germany) and Lefteris Christoforou (EPP, Cyprus). Similar to the first selection process, the competition was fierce with nearly 50 intergroups vying for 28 spots. However, Peter van Dalen and the other MEPs committed to the Intergroup were successful.

One of their priority objectives will be to raise awareness about FoRB issues at the highest level of the EU institutions.

Since Peter van Dalen has been elected as a MEP, he has used all of the mechanisms at his disposal in the EU to fulfill the mission of the Intergroup. In public debates in the Parliament, he has repeatedly advocated for those who are voiceless: victims of anti-Semitism in the EU, and more specifically in Germany;[7] Christians and Ahmadis in Algeria;[8] Pakistani Christians, and especially Asia Bibi who was acquitted of blasphemy charges after spending almost 10 years on death row; and victims of violations of human rights, including religious freedom, in Burkina Faso[9] as well as in many other countries such as Iran, India, Nepal, Saudi Arabia and Syria.

Furthermore, Peter van Dalen often participates in and hosts a number of events centered on FoRB issues. In October 2019, he took part in the International Panel of Parliamentarians for Freedom of Religion or Belief’s (IPPFoRB) conference in Singapore.[10] In December 2019, he was the main host for the European Prayer Breakfast at the Parliament which was attended by about 400 guests.[11]

Peter van Dalen has been a basket-ball player for about 20 years. He also enjoys walking and cycling.

He has an eclectic taste in literature. One of his favorite topics is the history of the US Civil War. He has collected and read 128 books about this page of American history. He also likes to read books about the Italian mafia, war, terrorism, and Africa, to name a few.

His favorite author is Erich Maria Remarque, a 20th-century German novelist. His landmark novel, All Quiet on the Western Front published in 1928, is about the German military experience of World War I. It was an international best-seller and was subsequently made into a movie with the same title in 1930.

Peter van Dalen is married with three children. While his wife stands firmly at his side in his political career, their children have not followed in their father’s footsteps. They are all pursuing different career paths but remain active in their churches.

Interview by HRWF at the European Parliament on 28 February 2020.

[1] He was born in Zwijndrecht, on 3 September 1958.
[2] The PKN forms the second largest Christian denomination after the Roman Catholic Church, with approximately 1.6 million members as per the church official statistics or some 9.1% of the population in 2016.[1] It is the traditional faith of the Dutch Royal Family.