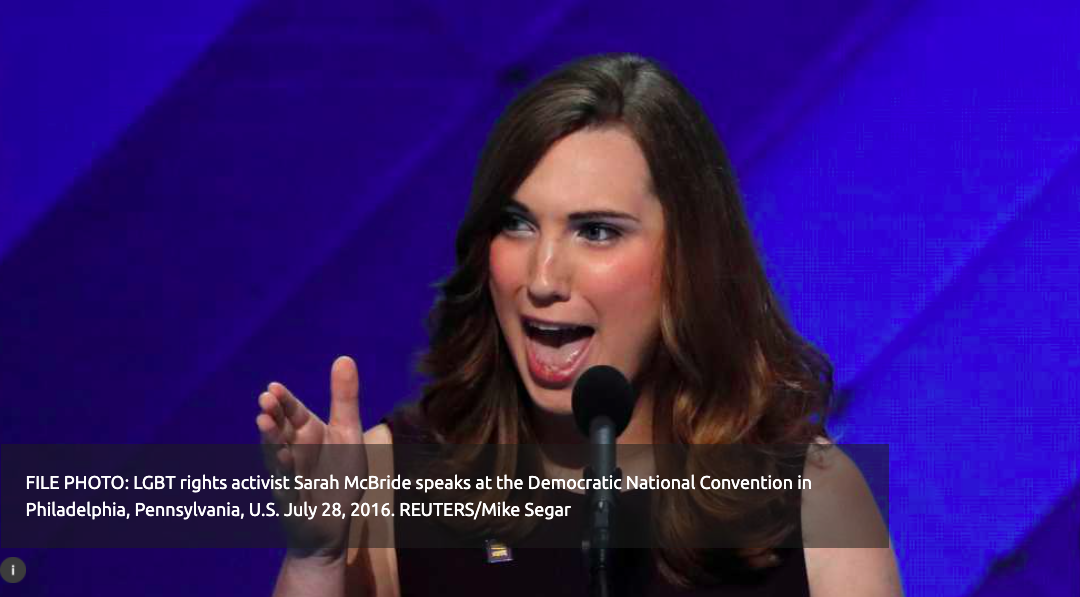 Record numbers of LGBT+ candidates are standing in the US elections and early results suggest historic wins across the country.

At least 117 of a record 574 LGBT+ candidates on the ballot had won at the time of publication, nine of them trans, according to the LGBTQ Victory Fund, which backs LGBT+ candidates.

“It’s a huge milestone for members of the LGBTQ community,” said Stephanie Byers, who became the country’s first trans Native American state legislator in the Kansas House of Representatives.

“Gender is no longer the only thing that someone sees when we run for office … they also realise that we run more broadly, not just on LGBT issues,” the 57-year-old retired music teacher told the Thomson Reuters Foundation.

While data on other LGBT+ candidates is still emerging, other victors included Ritchie Torres and Mondaire Jones, respectively the first out gay Afro-Latino and Black men elected to Congress.

“Tonight’s wins for LGBTQ people of colour and transgender Americans across the country are historic and long overdue,” said Sarah Kate Ellis, president of the LGBT+ rights organisation GLAAD, in a statement.

“Their victories represent a leap forward for LGBTQ acceptance and a demand for more of the progress and equality that their very presence demonstrates.”

McBride, who became the first trans person to address a major party convention when she spoke at the Democrat National Convention in 2016, is the country’s highest ranking openly trans official after winning the Delaware State Senate race.

The 30-year-old tweeted that she hoped her victory “shows an LGBTQ kid that our democracy is big enough for them, too”.

Other landmark victories included Mauree Turner, who identifies as non-binary, or as neither male or female, and became Oklahoma’s first Muslim state representative, according to the LGBTQ Victory Fund.

“Conversion therapy and trans students not getting the opportunity to play the sport that they would like to play … that’s the type of things that we’re combatting when we show up,” said 27-year-old Turner in an interview on Wednesday.

“Having visible LGBTQ people in positions of political power is crucial to ensuring that LGBTQ people across America are championed,” said Eloise Stonborough, associate director of policy and research at Stonewall, Europe’s largest LGBT+ organisation.

A National Election Pool exit poll conducted by Edison Research indicated that LGBT+ voters represent 7% of the 2020 electorate, higher than the estimated 4.5% of the adult population.

LGBT+ voters made up 6% of the electorate in the 2018 midterm elections, and 5% in the 2016 presidential elections.

“The more of us that run, the better,” said Jabari Brisport, a newly elected New York state senator and the state’s first openly LGBT+ Black lawmaker.

“We have to keep pushing and open the door wider and wider for more of our queer siblings to enter politics as well and fight for an agenda that uplifts us as equal citizens like everyone else.”

As the 2020 presidential election result teetered on a knife edge, with millions of votes still uncounted, LGBT+ rights groups said the early wins showed the growing political importance of the community.

“Over the last three elections, the share of LGBTQ voters has continued to increase, solidifying our community as a key rising constituency that politicians must court,” Human Rights Campaign (HRC) president Alphonso David said in a statement.

“Our issues matter, our votes matter and politicians around the country have taken notice.”

Alan Wardle, director of the Global Equality Caucus, a network of LGBT-supporting parliamentarians around the world, said the elected representatives sent out “a strong signal that LGBT+ people belong in public life”.