LEBANON: No choice left for a girl but to marry 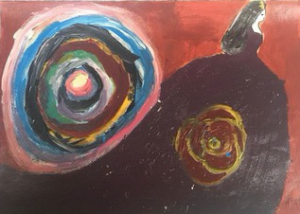 SB Overseas (04.05.2018) – No one escapes war unchanged. Who can lose the past and the future at once without bearing a scar? The young and old are marked, though for most, these marks take invisible forms.

Nadine wishes hers were less apparent. The burns on her hands, neck, and face tell of her loss before she can say a word. She never meant to carry her village’s story this way, to become to her community an unmistakable reminder of their suffering, but she did not get to choose.

When war came to Syria, it did not take long for the bombing to reach even her quiet village. If she ever manages someday to forget what the explosions sounded like, she will not forget what they felt like on her skin.

Her family fled to Lebanon four years ago, settling reluctantly in the skeleton of an unfinished and abandoned building where they live again amongst their neighbors from their hometown in Syria—now amid garbage and dust instead of sweet air and green fields. Their small rooms are stifling in the summer and bitterly cold in the winter, but they rarely leave the shelter, feeling out of place in the rest of the city.

Nadine began attending school, where she was confident and talkative in class. This education allowed her to make progress in Arabic, English, math, and science and to quickly make up for years of school she had missed since leaving her village, where her school had been bombed. She excelled in her schoolwork and was placed in the most advanced classes. Besides academics, Nadine and other girls her age took art lessons at school with a Syrian artist who encouraged them to express themselves: their experience as young girls, their ambitions, and their country, thus building on their self-worth.

She told her friends and teachers that she did not want to be married at an early age, as some of her peers were doing. School was important to her, and she planned to finish her education before getting married. She would marry after completing university, she said.

But there was a boy who lived in the same shelter whom Nadine liked, and this worried her parents. They were afraid that he would propose marriage and that she would find herself trapped in conditions like these for the rest of her life: between the dirty walls of a dark building in a city that was not hers, a country that did not want her.

When Nadine’s parents remembered her grandfather’s hope from her childhood that she would marry a certain man from her village, they acted quickly. He was still living in Syria. Within days, they sent Nadine away to marry him. She was fourteen.

Nadine returned to an area that was still unsafe, plagued by the same war that she had fled, the same bombs that once had almost taken her life.

And piece by piece, her own life and childhood continued to be stolen from her.

When her husband saw her burns, he refused to marry her. He had been told that they were less noticeable. Eventually, his mother forced him to marry Nadine because she had already moved back to Syria to accept his offer. They had no wedding.

Nadine’s friends feel sorry for her because they have heard of the couple’s problems. They wonder if her husband will marry another woman, or if she will soon be divorced, but her grandfather lives nearby in Syria and would not want to allow her to give up on a marriage he requested. Everyone who lives in her family’s shelter knows that Nadine and her husband do not love each other, and that she will soon be expected to have children. But she is only a girl herself.

And so, again, without a choice, and this time in a way that is not so outwardly evident, Nadine has become a keeper of her country’s sorrow.